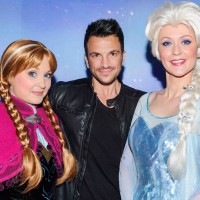 If there’s a Disney film that was just made for an on-ice adaption, it’s got to be 2013’s smash-hit Frozen. Thankfully, Feld Entertainment have answered the wishes of thousands of Princess-loving children by announcing the latest Disney of Ice production, Magical Ice Festival, will feature a host of characters from the popular film including Elsa, Anna and Olaf!

Disney on Ice presents Magical Ice Festival will skate across the UK from March until May, making stops in Aberdeen, Liverpool, Glasgow, Birmingham, Dublin, Belfast, London, Cardiff and Nottingham before wrapping up in Leeds.

Producer Nicole Feld said: “In (our) more than 30 years of producing Disney on Ice shows, Feld Entertainment has been waiting for a film like Frozen. The most exciting part of bringing characters like Anna and Elsa to the ice for the first time is knowing that they have a powerful and inspirational message that resonates with audiences as the sisters discover the true meaning of love.”

In true Disney style, no expense has been spared and this new show will feature more than 180 dazzling costumes and 43 talented performers.

Oh, and for the very few people in the world who aren’t head-over-heels in love with anything Arendelle-related, the show also features scenes from other Disney classics including The Little Mermaid, Beauty and the Beast and Tangled.

Disney on Ice presents Magical Ice Festival is set to tour the UK from 11th March 2015 until 17th May 2015. For tickets or more information, please visit www.disneyonice.co.uk