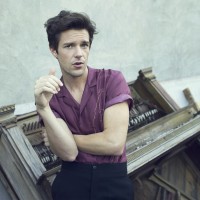 Brandon Flowers is set to embark on a short tour of the UK in May.

The Killers front man will perform in London, Manchester, Edinburgh, Leeds and Birmingham as part of a solo tour in support of his latest album, The Desire Effect. The album, which will be his second solo effort, following 2010’s Flamingo, is set to be released on 18th May.

The tour will be Flowers’ second solo tour of the UK, though he has performed in the country countless times with his chart-topping band.

Tickets for the shows are on sale now and can be purchased from www.ticketmaster.co.uk