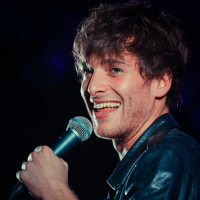 Scots superstar Paolo Nutini is set to perform in front of more than 35,000 fans at a homecoming gig this summer.

The These Streets hit-maker, who is originally from Paisley, will headline this year’s Summer Sessions at Bellahouston Park in Glasgow on Saturday, 29th August. He will be supported by music legend Grace Jones.

Paolo made a triumphant return to Scotland earlier this year when he performed two consecutive nights at the 13,000-capacity SSE Hydro Arena. The multi-award-winning artist, who also headlined T in The Park 2014, will follow in the footsteps of previous Summer Sessions headline acts The Killers, Kings of Leon, Eminem and David Guetta.

Geoff Ellis, CEO of DF Concerts & Events said: “Paolo was a sensation headlining last year’s T in the Park, so we are delighted to announce that he will be headlining Glasgow Summer Sessions on Saturday 29th August. Paolo has sold out gigs at The SSE Hydro, O2 Academy and across the globe – this is going to be an incredible event and a welcome return home for a Scottish music great!”

Fellow Scot Calvin Harris will be joined by Ellie Goulding and John Newman on Sunday, 30th August to complete the Summer Sessions 2015 line-up.