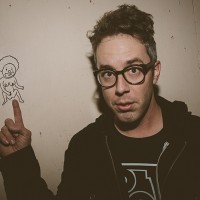 After their December 2014 tour was postponed, we were jumping for joy by the time People On Vacation were ready to hit our shores this Feb, 2015.

Flecking’s favourite supergroup are in the midst of a nine-date UK tour, seeing Bowling For Soup’s Jaret Reddick and Ryan Hamilton of Smile Smile fame stopping by a series of venues across the UK, wowing crowds with their unique brand of music.

The thing we love about POV – aside from their awesome tunes, of course – is the chemistry that Jaret and Ryan share on-stage. You can just tell how strong their friendship is, and their mutual respect for one another as artists, and this shines through into their music.

Ahead of their gig in Leeds, we sat down with Ryan to get the lowdown on the tour, POV’s plans for the future, to ask him some Mr & Mrs style questions about his bandmate and to quiz him on his UK slang. 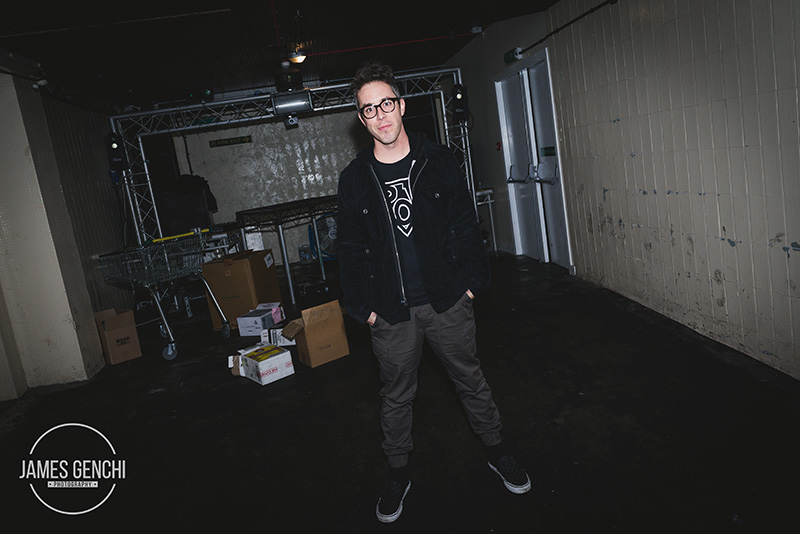 How is the tour going so far?
We’ve had one night of lots of fun – with a few technical difficulties. Jaret blew his amp on the first night, so we had a bit of a fire drill. It was still fun, we turned it into a fun thing. His amp kept making this horrible farting noise. Once we had that figured out it was smooth sailing, I had a great time. People get drunk in Scotland! Like, really drunk.

You ran a competition to find a support act for the tour – why did you decide to do this?
Two reasons. One, because bands don’t do that any more, it’s really all about: ‘who can give us the most money to buy on the tour?’ You see that a lot and we wanted to do the opposite of that. Also, we thought it would be a great way to get everybody active on social media – all of these bands at once, directing attention to People On Vacation. We just thought it would be a fun idea really.

Is it not a bit of a gamble?
Yeah. We were worried all the bands might be terrible, but we got lucky.

I was going to ask, has it paid off with Danny Gruff?
He’s great, we all get along. He’s super talented. I don’t think we’re giving him too hard a time, but with a last name like Gruff? [laughs]

What are you guys working on next?
This tour got delayed and rescheduled, we wrote the album… we’ve had a lot of personal stuff going on. It’s been hard, we’re figuring out what’s happening. This tour will answer a lot of questions. POV went from a fun side project that we did sometimes to a real band, so we’d love for it to keep growing. We’re not sure though, we’re just seeing how this goes.

What have you and Jaret got going on separately?
I’ve just finished recording my first solo album ever, and it’s probably the greatest thing you’ve ever heard in your life – other than People On Vacation. I’m really excited about that. If, for some reason, scheduling doesn’t work and People On Vacation can’t come back, I’m going to come back on my own and tour over here a little bit. Jaret’s trying to figure things out with Bowling For Soup – a lot of people think they broke up, they didn’t break up, they just did a farewell tour. They’ve been touring for twenty years, a lot of them have money in the bank. They’re trying to make plans. People On Vacation is not going away.

The two of you have been friends and working together for a while now, so we’ve got some Mr & Mrs style questions. Of the two of you, who is the most sensible?
Me. Jaret is the opposite of sensible all the time.

Who is the most easily distracted?
Jaret.

Who is the messiest?
Jaret.

Who is the biggest party animal?
Jaret, but… barely him.

What’s been your most rock and roll moment?
We were in Southend and we walked into the venue – I’ve never been there before. We walk in and the club owner is this guy who looks like Billy Idol, but on more drugs, and he goes: ‘Hey, can I get you guys some heroin?’ He didn’t welcome us, he just wanted to get us heroin immediately. Someone said to him: ‘look at us, we might want a cheeseburger’. Just to be offered heroin, right off the bat, that’s pretty rockstar-ish.

Have you learned any new slang words recently?
I never realised how hilarious the phrase ‘honking of pish’ was, until last night in Scotland. I didn’t know what it meant. I know honking meant smells bad, but I don’t know why, I thought pish was like a fishy smell or whatever, but it means pee. That’s my new favourite thing to say.

I’ve got some new words for you… do you know what chebs are?
Chebs? Testicles.
Boobs.
Really? Man, I was going to say boobs.
Do you know what peng means?
Peng? Blow job.
It means attractive.
Yeah? So, ‘you’re peng’. What if that’s an Asian person’s name? Are they just lucky?
Banging?
That means good? Hot? I’ve heard English guys say: ‘that girl is banging’ and it doesn’t mean she’s a whore.
I suppose it could…
Yeah, if she’s banging everyone. Whore.
Do you know what a chinwag is?
No, but I feel like I’m going to like it.
It’s a conversation. The Dollyrots thought it was a blow job though. Chuffed?
Excited or proud.
Yep. If you call someone blud?
A relative.
It’s a close friend. A row?
A fight?
Yes. If you pull a bird?
You get a girl, right?
Yes. Do you know what skiving is?
[Confidently] Skydiving and having sex.
As amazing as that would be… it means slacking off. Do you know what a butty is?
A snack?
It’s a sandwich.
Is it really? Total guess.
Do you know what miffed means?
Angry.
Yes.
I’ve been watching a lot of Geordie Shore, so…

Click here for more information on People On Vacation.