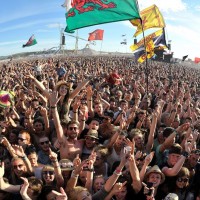 In less than one week, entries for T Break 2015 will close.

Each year, Tennent’s Lager offers 16 of the UK’s most talented unsigned acts the opportunity to join some of the world’s biggest artists on the T in the Park bill. Aspiring artists have until midnight to send in their recording and be in with a chance of performing alongside Kasabian, David Guetta, The Libertines, Noel Gallagher’s High Flying Birds and the Stereophonics at the popular festival in July.

A judging panel made up of 16 of Scotland’s most influential music industry will then listen to each demo before selecting the lucky 16 acts that will gain a coveted spot on the festival’s T Break stage. Biffy Clyro and Snow Patrol are among the many acts who have gone on to enjoy successful careers after being given the chance to perform on the T Break stage. The T Break Stage line-up will be announced in May.

Rory Flemming-Stewart, who performed at T Break 2014 with his band, Model Aeroplanes, said: “What Tennent’s are doing with T Break is essential, it’s a fantastic idea that has done so much good – so many bands wouldn’t be where they are today without it.”

Entrants for T Break 2015 must be aged 18 or over, live in Scotland and be currently unsigned and recording original material. The competition is open to bands and solo artists of any genre. Demos can be submitted via www.tennents.com/tbreak or www.facebook.com/TennentsTBreak