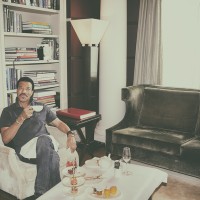 Twelve schoolchildren from Edinburgh are gearing up to perform alongside one of the world’s biggest pop stars.

Children from The Edinburgh Playhouse’s Stage Experience summer school will join Lionel Richie when he performs at the Castle Esplanade in Edinburgh this evening. The choir will accompany him when he closes the show with We Are The World, the charity single Richie co-wrote with the late Michael Jackson in 1985.

Fresh from delivering one of the most talked about performances at Glastonbury 2015, Richie is expected to perform a hit-filled show to a sold-out audience this evening.