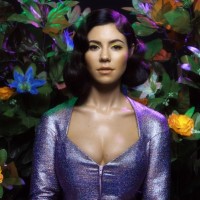 Named after the legendary St Vincent Street music venue that supported the careers of some of the music industry’s biggest names at the very start of their careers (including T in the Park veterans Oasis, and Biffy Clyro), the King Tut’s Wah Wah Tent aims to showcase the stars of tomorrow.

In 2010, a then-unknown band called Mumford and Sons made their T in the Park debut in the tent before returning to headline the Main Stage only three years later whilst George Ezra caused quite the stir by performing in the tent last year, only to be upgraded to a Main Stage slot this year.

Earlier this week, Marina & the Diamonds announced her first headlining UK tour in support of her incredible third album FROOT. Lucky festival-goers will have the opportunity to get a sneak peek at what she has to offer when the pop starlet performs on Saturday.

Hardcore rockers Lower Than Atlantis are known for putting on infectiously energetic live shows so we can’t wait to see what the Watford foursome have up their sleeve for Strathallan.

Catch them on Friday!

If you’re looking to get nostalgic over the course of the weekend, make sure you head over to the King Tut’s Wah Wah Tent on Friday evening to see Fat Boy Slim spinning some of his legendary tunes. The superstar DJ hasn’t played T in the Park since 1999, when he was at the very height of his fame.

We expect his set to be incredibly popular so make sure you get there early – people are often turned away when the tent gets full!

And So I Watch You From Afar

On Sunday morning, why not let rockers And So I Watch You From Afar cure your inevitable hangover?

The Belfast-based band have been making waves on the live circuit for years so can definitely be relied upon to get everyone in the mood for the final day of T in the Park fun.

Acoustic songstress Lucy Rose has been chosen as the first act to open the King Tuts Wah Wah Tent at Strathallan early on Friday afternoon.