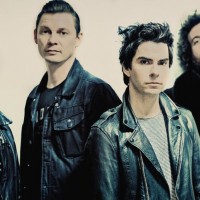 In just a matter of days, thousands of music fans will descend upon Strathallan Castle in Perthshire for T in the Park 2015.

To welcome the festival to its new home, organisers have pulled out all the stops and have succeeded in securing one of the most diverse and impressive T in the Park line-ups to date. To help you decide which acts you simply must see over the weekend, we’ve scoured the bill to bring our ‘top picks’ for each of the six stages. First up, here’s a rundown of the main stage acts we think you’d be mad to miss…

Whilst their off-stage antics might be famously chaotic, we’re hoping that The Libertines will pull their shit together enough to put on a triumphant performance that will remind everyone why they were one of the most successful bands of the new millennium.

The indie four-piece, who recently recorded their first album in 11 years, will storm the Main Stage on Saturday night.

Considering the astronomical success he’s enjoyed since then, it’s hard to believe that George Ezra played the King Tuts Wah Wah Tent at T in the Park only last year. His stellar performance, for which people had to be turned away from, was widely considered to be one of the major highlight of last year’s festival.

On Saturday evening, you’ll find him performing on the Main Stage before The Script.

If there’s one performer than be relied upon to bring some over-the-top cartoonish glamour to a muddy festival, it’s Paloma Faith.

The quirky pop starlet, who’s expected to perform some new material along with her greatest hits, will get the party started on Sunday when she plays the Main Stage.

Having made their Main Stage debut back in 1998, Stereophonics are T in the Park veterans. This year, they’re set to make a welcome return to the festival and we’re hoping they’ll use the opportunity to debut some songs from their upcoming ninth album, Keep the Village Alive.

Despite the fact that they only formed in 2013, Prides have been given the honour of becoming the very first band to perform on the Main Stage at T in the Park’s new Strathallan Castle home.

The Glasgow-based trio have decided to mark the occasion by releasing their debut album, The Way Back Up, on Friday.