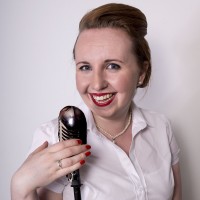 In August, Edinburgh is transformed into one of the most vibrant, amazing cities in the world but with so much to do, enjoying the city during The Fringe can be become very expensive.

Luckily, hundreds of performers descent upon the capital each year to perform for free. The only catch? There isn’t one…just make sure you don’t forget to tip them on your way out if you like what you see!

To help make sure everyone is able to enjoy The Fringe this year, we’ve trawled the programme to bring you our ‘top picks’ for The Free Fringe 2015…

The Music of Doris Day

Local lass Sarah Laing is hoping to bring some vintage charm to Edinburgh when she makes her Fringe debut with The Music of Doris Show.

The show, which has already stunned audiences across Scotland, features stories about Doris’s life and renditions of some of her most popular songs such as Secret Love, Sentimental Journey and Que Sera Sera.

A fun show about the trials and tribulations of reaching that age when all your friends seem to be thinking about marriage, mortgages and babies, Deadlines and Diets promises to be one of The Fringe’s most feel-good shows.

Round up some mates and prepare yourself for a hilarious night out!

Comics Ben Shannon and Mike Reed have teamed up to create a one hour show which features a short set from each of them.

The likeable duo, who have both performed attracted rave reviews for their Fringe performances in the past, have each spent years honing their craft.

The comic, who has been nominated for a Canadian Comedy Award twice, will spend August performing at The City Café on Blair Street.