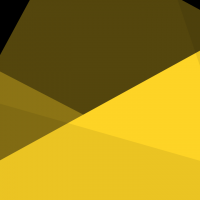 This morning, celebrity sisters Emma and Sophie Thompson have joined forces with local residents opposed to fracking and will be filming a pastiche of the Great British Bake Off on the contested potential fracking site, near Preston. The actors have broken a court injunction by peacefully occupying the land to film the episode.

The site, leased by fracking firm Cuadrilla, has been transformed by Greenpeace volunteers into a film studio inspired by the popular BBC show, complete with white marquee, vintage utensils, and bunting. The celebrities will be cooking energy-themed cakes in a bespoke kitchen powered by wood and solar panels.

The full episode of ‘Frack Free Bake Off’ will be released tomorrow at noon. It was trailed on Monday on Greenpeace’s Youtube channel in a short teaser video.

Emma Thompson, famous for her roles in Love Actually and Nanny McPhee, will be competing in the ‘Frack Free Bake Off’ against her sister Sophie, known for starring in Four Weddings and a Funeral and Harry Potter and winning celebrity MasterChef in 2014.

The ‘Frack Free Bake Off’ episode is being filmed on the highly controversial site near Preston where Cuadrilla wants to frack. The energy company applied for an injunction to keep away protesters in 2014, and the ban has been in place ever since.

Cuadrilla’s application to drill in the area was rejected by Lancashire County Council last year amid strong public opposition, but the company appealed the decision. The communities secretary, Greg Clarke, has since intervened in the planning process announcing that he will have the final say on the application. His decision is expected in the coming months.

Emma Thompson sent a video message to Greenpeace supporters and campaigners living in Lancashire this morning letting them know what was happening. People will be able to look at and sample the cakes made by Emma and Sophie on the film set from 3pm at the tea party for the community. Or people can cast their votes on Twitter to try and persuade the judge to pick their favourite cake.

But the final decision will be made by cake shop owner, Kate Styles from near Blackpool, she said:

“We are angry that we won’t get the final say over whether there is fracking in our community or not. Local residents and their councillors have played by the rules of our planning and democratic process in rejecting Cuadrilla’s drilling plan. The government didn’t like the outcome and appointed itself as the ultimate judge.

“It doesn’t seem right that the only decision we will get to make is which is the best cake made on the site where Cuadrilla want to frack. But we are thrilled that Emma and Sophie Thompson have come here to support us.”

Emma Thompson, actor said:
“I was livid when I heard about the government’s plans to frack under national parks. Since then I’ve discovered that to prop up their half-baked energy policies the government may have to force fracking onto reluctant local communities. This must be challenged. We have to show the government that we will not allow fracking to scar our countryside and fuel yet more climate change. And what better way to do that, here in Britain, than hold a Bake Off?’

Sophie Thompson said:
“There’s nothing like food to bring people together, and nothing like fracking to pull them apart. For years, to oppose fracking this community has played by the rules of our democracy. Yet the government has rigged the competition undemocratically to favour the fracking industry. If our government energy policy were a cake, it would probably be a crossover between a crumble and an Eton mess.”

Greg Clark’s heavy handed intervention in the planning process has been derided by critics. The communities secretary is the architect of the Localism Act which encourages greater autonomy for local councils from Westminster.