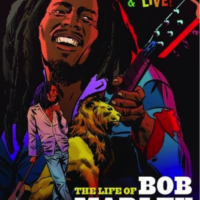 Wake Up And Live, a graphic novel about the life of Bob Marley, has been released.

Written by Jim McCarthy – the author of Godspeed: The Kurt Cobain Graphic, and published to coincide with the 40th anniversary of Bob Marley’s multi-million selling album Exodus in June 1977, this is the first biography of Bob Marley in the increasingly popular graphic novel format.

In it, McCarthy tells the full story of Marley’s life, his upbringing in Jamaica that shaped him as an artist, and his global impact as a cultural force. Bob Marley was a symbol of freedom and change to the world as well as a legendary singer and songwriter.

By the time of his tragic death at 36, Marley had achieved international fame and acclaim and had become a figure of hope and peace in his homeland of Jamaica and beyond. Leading comic artist Benito Gallego provides the incredible artwork and visuals, in this graphic novel bringing Bob Marley’s story to life for a new generation of readers.

Check out a preview below. 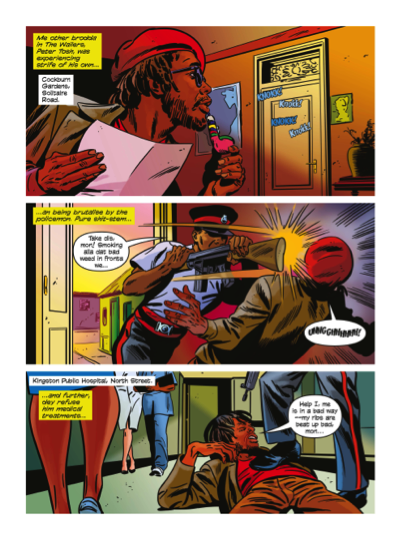