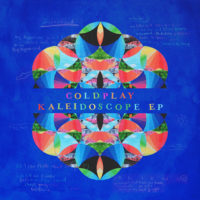 With Coldplay’s new five-track Kaleidoscope EP out now, the band have dropped a new lyric video for Miracles (Someone Special), a collaboration with Detroit rapper Big Sean.

The EP was produced by the band’s long-term collaborators Rik Simpson and Daniel Green, together with Bill Rahko, and features a new live version of Coldplay’s hit single with The Chainsmokers,
Something Just Like This, recorded in Tokyo in April.

The full tracklisting is as follows: