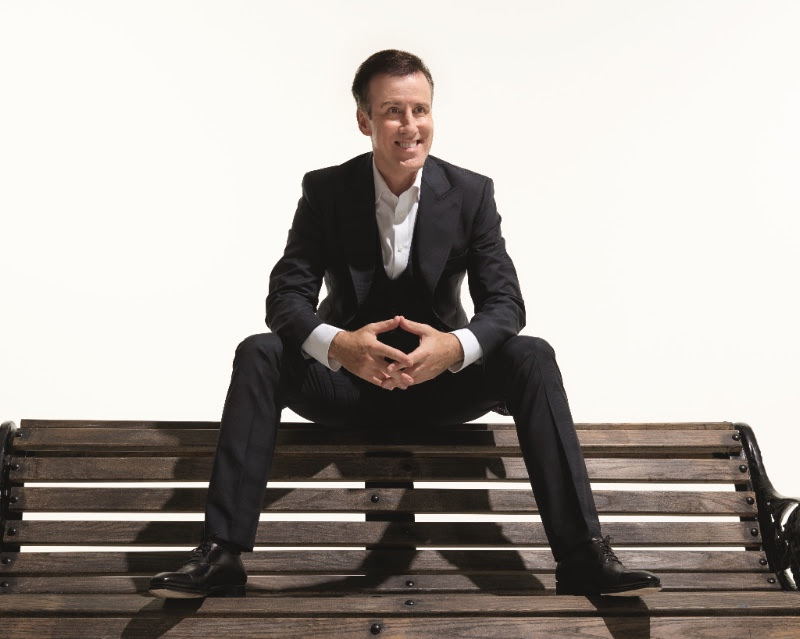 Anton Du Beke will release his much-anticipated debut album From The Top on November 24th through Polydor.

One of the nation’s best-loved stars and most well-known as the celebrated ballroom dancer of Strictly Come Dancing, Anton was a key player in the phenomenon that brought dancing not only back in favour, but onto primetime ratings-topping television, entertaining 11 million+ audiences since 2004. From The Top will feature the classic songs which have inspired him throughout his illustrious career. “I’ve been singing for almost as long as I’ve been dancing,” says Anton. “I’ve sung at my dance shows and I’ve sung on Strictly but I never believed I would finally get the chance to make an album.”

From The Top sees Anton backed by the successful vocal harmony quintet The Overtones and Lance Ellington from the Strictly Come Dancing band. The album is a joyful celebration of pure old school swing. From The Top is a tribute to both his beloved wife Hannah and his close friend, the late Bruce Forsyth. “Bruce was always a huge hero of mine and I was lucky enough to call him a friend. We’d play golf, we’d have a laugh and we both loved all the old stars like Fred Astaire and Sammy Davis Jnr. He was so supportive. When I did a tiny show at the Hippodrome in London, he did me the greatest honour by coming down and singing with me.”

One of the songs they sang – Me And My Shadow – is featured on the album alongside other crooning greats including Putting On The Ritz, It Had To Be You, Fly Me To The Moon and Something Stupid. “All these songs are hugely emotional to me,” says Anton. The album also includes an inspired reworking of the Arctic Monkeys hit I Bet You Look Good On The Dancefloor and an original composition Nothing But Love.

Grammy award-winning producer, Brian Rawlings (Tina Turner, Enrique Inglesias and One Direction) collaborated with Anton to create a unique big band sound. For Anton, the album is a lifelong dream come true. “I spent my twenties and thirties penniless with just a lot of dreams. This album is for everyone who loves swing, who loves romance and who believes dreams come true.”

Putting On The Ritz
Me And My Shadow ft. Lance Ellington
Something Stupid ft. Hayley Sanderson
More
City Of Stars ft. Connie Fisher
Moondance ft. The Overtones
Fly Me To The Moon
Beyond The Sea
Moon River
Don’t Rain On My Parade
It Had To Be You
That’s Amore ft. Lance Ellington
Blue Moon
Nothing But Love
Pure Imagination
I Bet That You Look Good On The Dancefloor
It’s The Most Wonderful Time Of The Year