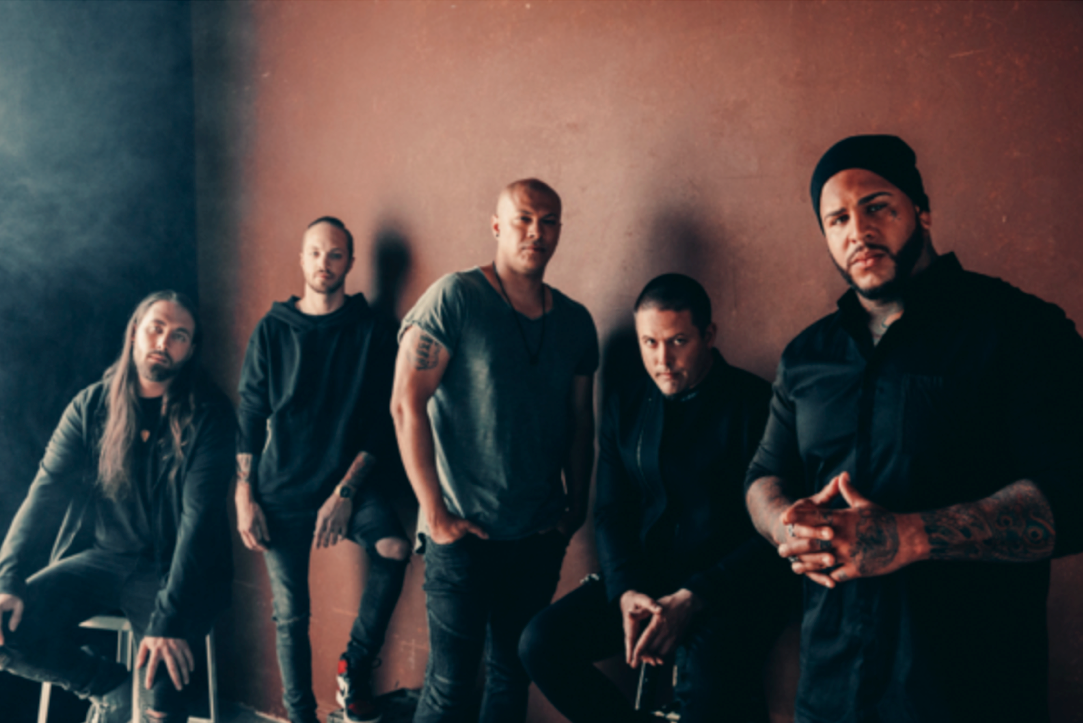 Due to overwhelming fan demand Bad Wolves – the US rock band who emerged as the #1 breakout act globally this year – have moved forward their touring plans and announced that their first ever UK & European shows will happen this October alongside Three Days Grace.

The tour includes dates all across Europe including Portsmouth, Nottingham, Birmingham, Bristol, London, Glasgow and Manchester in the UK. Tickets are on sale now and available at See Tickets.

Bad Wolves vocalist Tommy Vext states: “Last year when I stood in for 5fdp on a few of their shows I was reminded how passionate and loyal European fans are. When BW released ‘Zombie’ earlier this year we got the same, great response and couldn’t believe the massive wave of support from all over Europe, especially given that we’re a new band. Not a day has gone by that we don’t get tons of messages from fans demanding for us to come over. Originally, we were planning to do so in 2019 but it became clear that the time is now and we had to find a way. Coincidingly, Three Days Grace invited us to join them in Europe this Fall so we didn’t think twice and here we are. We couldn’t be more excited and can’t wait to see all of you out there at the shows.”

Adds Bad Wolves manager Zoltan Bathory, guitarist for Five Finger Death Punch: “I don’t think most people expected Bad Wolves to blow up around the world like they have this year, but to me it wasn’t really a shocker. They have that special sauce you can’t manufacture. You have to go and see them to understand the way they connect with people. We took them on the road in the US and they’ve been killin’ it night after night. They are the real deal, Canada and Europe are going to love them.”

Earlier this year the band released their version of The Cranberries ‘Zombie’, which soared to success all over the world, and has been certified Gold in the United States and Australia as well as Platinum in Canada. The track has topped charts worldwide, including the U.S. iTunes overall and rock charts, Billboard’s Mainstream Rock Songs chart, Spotify’s Global Viral 50, both the UK Rock Chart and Metal Chart, and the Shazam charts while also reigning atop the Canadian and American Rock radio charts for eight and three straight weeks, respectively.

The official music video, a tribute to the late singer Dolores O’Riordan of the Cranberries and an homage to the original, has garnered over 125 million views across platforms and in June this year, Bad Wolves presented a $250,000 check to Dolores O’Riordan’s four children, fulfilling the promise to donate all of their proceeds.

The follow up single ‘Hear Me Now’ feat. Diamante is also quickly climbing up the charts. Bad Wolves are currently touring North America with heavyweights Five Finger Death Punch and Breaking Benjamin on the biggest US rock tour of summer 2018 and, as a special treat for fans, Diamante is performing “Hear Me Now” live with Bad Wolves every show.

Bad Wolves’ debut album Disobey, released in the Spring via Eleven Seven Music, achieved the following chart positions in the USA: #22-Billboard Top 200, #2-Hard Rock Chart, #4- Rock chart, #8-on the Top Current Albums Chart. In the UK, the album reached #1 on the official Rock and Metal charts, as well as #1 on the iTunes Rock and Metal charts (also in Germany and France). In addition, the album reached #1 in a total of 15 countries across Europe, including Holland, Ireland, Finland, Belgium and many more. The band has amassed over 60 million track streams, 400,000+ downloads to date and, mainstream media such as BBC, The Times, The Sun and The Guardian in the UK, as well as great support from rock and metal media worldwide.