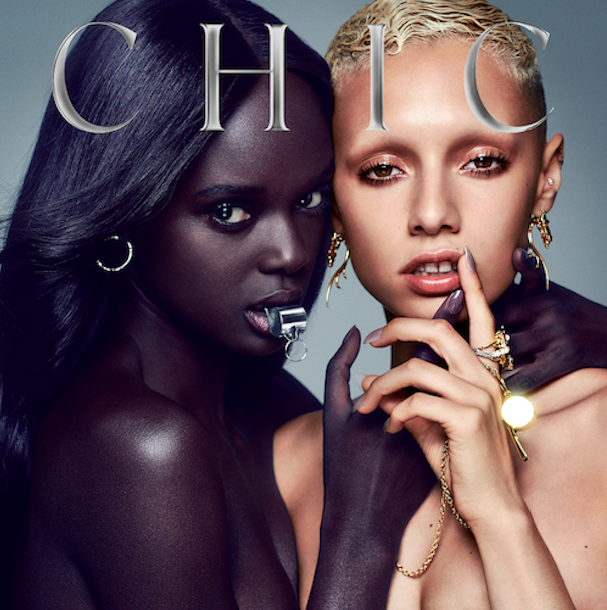 One of pop history’s most inventive, successful and enduring artists, Nile Rodgers & CHIC release the feel good album of the year, ‘It’s About Time’ on 28th September, the group’s first new album in over 25 years.

Recorded in cities around the world, the album began, ended and has been mixed and mastered at the world renowned Abbey Road Studios where Nile is now Chief Creative Advisor. It’s a modern day interpretation of the iconic musical language crafted by the multi Grammy award winning composer and producer that’s inspired generations. A record brimming with the essence of ‘Good Times’ with Nile using the words “dance”, “boogie” and “party” with celebratory zing.

Speaking about the record Nile said, ‘Right now the world feels the same way as when CHIC started. CHIC promised good times, a way out, a new world even when things looked bleak. In the middle of chaos, certain songs can make you feel triumphant. I’m not denying things have gone apocalyptic, but we might be safest on the dance floor with the likes of Cosha, Mura Masa, Stefflon Don and Vic Mensa.’

Inspired by talent, Rodgers is always collaborating and working with musical superstars and new artists alike. It’s About Time features a lively posse of guest stars, dreamers and protagonists; There’s ‘Boogie All Night’ featuring fierce inspired romanticist NAO, ‘Dance With Me’ featuring world conquering LA powerhouse Hailee Steinfeld, ‘Do You Wanna Party’ starring quick witted rapper Lunch Money Lewis and telling it like it is, Nile and CHIC taking care of business on ‘I Dance My Dance’. The infectious new single, ‘Sober’ features man of the moment Craig David and charismatic British-Jamaican MC, Stefflon Don and a night with Diana Ross led to the incredible ‘Queen’ featuring the abstract super power of Emeli Sandé and the stately power of Elton John. Finally, CHIC get twisted around the swagger of Lady Gaga on the epic illusion of, ‘I Want Your Love’.

Talking about why he chose to make the album now after all this time Nile said, ‘It’s taken a long time to become the guy I’ve become and I want to express that on an album. It’s my art form, chronicling my thoughts, setting myself up to be scrutinised and criticised, for better or worse and it has to be done right and done right now.’ He adds, ‘I’ve survived cancer twice, it makes you think about your mortality and you do always want to make sure you’re not forgotten. Making an album is a solid tangible thing, it’s making the whole movie, not just making the trailers. I’ve been making a lot of trailers lately, time for what I’ve been trailing !’

As the co-founder of CHIC, Rodgers pioneered a new musical language with chart-topping hits like ‘Le Freak,’ (the biggest selling single in the history of Atlantic Records) and ‘Everybody Dance’, even sparking the advent of hip-hop with ‘Good Times’. His work in CHIC and his production work for artists like David Bowie, Diana Ross and Madonna has helped sell over 500 million albums and 75 million singles worldwide, while his innovative, trendsetting collaborations with Daft Punk, Avicii, Sigala, Disclosure, and Sam Smith have kept him at the vanguard of contemporary music.

5. Dance With Me featuring Hailee Steinfeld

7. State Of Mine (It’s About Time) featuring Philippe Sais