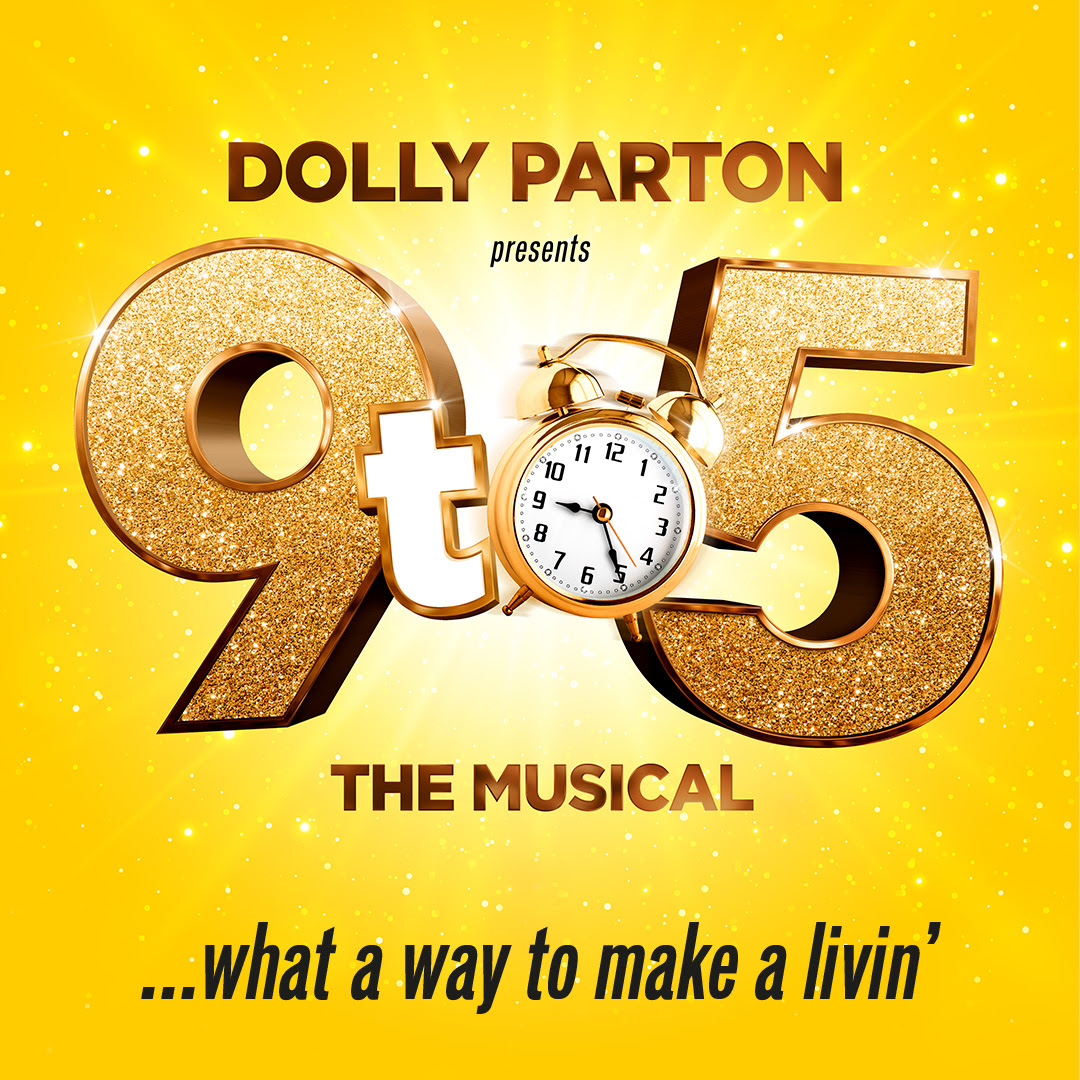 9 TO 5 THE MUSICALfeatures a book by Patricia Resnick, the legendary film’s original screenwriter, and an original Oscar, Grammy and Tony award-nominated score by country legend and pop icon Dolly Parton.It tells the story of Doralee, Violet and Judy – three workmates pushed to boiling point by their sexist and egotistical boss. Concocting a plan to kidnap and turn the tables on their despicable supervisor, will the girls manage to reform their office – or will events unravel when the CEO pays an unexpected visit?Inspired by the cult film this hilarious new West End production is about teaming up, standing up and taking care of business!

Louise Redknappmost recently starred as ‘Sally Bowles’ in the national tour of “Cabaret”. In 2016 she reached the final of “Strictly Come Dancing”. As a musician Louise has sold millions of records. She was a member of the band Eternal before embarking on a highly successful solo career, with her first live shows in 15 years selling out all over the UK. Amber Daviesgraduated in 2016 with a Diploma in Musical Theatre from the Urdang Academy. Her credits whilst training include “Bring It On”, “My Favourite Year” and “Memphis”. Last year, Amber was the winner of the hit ITV reality series “Love Island”. Natalie McQueenis currently appearing in the West End as ‘Lauren’ in “Kinky Boots” at the Adelphi Theatre. Her other credits include “Murder Ballad” at the Arts Theatre, “Wicked” at the Apollo Victoria and “Les Misérables” at the Palace Theatre. Natalie has also appeared in the UK and Ireland tour of “Wonderland”.Brian Conley’s many West End credits include ‘Edna Turnblad’ in “Hairspray” at the Shaftesbury Theatre, ‘Caractacus Potts’ in “Chitty Chitty Bang Bang” at the London Palladium, the title role in “Jolson”at the Victoria Palace and ‘Bill’ in “Me and My Girl” at the Adelphi Theatre. His touring credits include the title role in “Barnum” and ‘Fagin’ in “Oliver!”. Brian’s TV credits include “An Audience with Brian Conley”, “The Grimleys” and “The Brian Conley Show”, all for ITV.

9 TO 5 THE MUSICAL is written by Patricia Resnick, with music and lyrics by Dolly Parton. It is directed by Jeff Calhoun, choreography by Lisa Stevens, set and costume design by Tom Rogers, lighting design by Howard Hudson, musical supervision, arrangements and orchestrations by Mark Crossland, musical direction by Andrew Hilton and casting by Victoria Roe.

9 TO 5 THE MUSICAL Original Broadcast Cast Recording is planned for re-release via Dolly Records/Sony Music.

Dolly Parton is the most honoured female country performer of all time. Achieving 25 RIAA certified Gold, Platinum, and multi-Platinum awards, she has had 26 songs reach No. 1 on the Billboard country charts, a record for a female artist. She has 41 career Top 10 country albums, a record for any artist, and she has 110 career-charted singles over the past 40 years. In 2014 the RIAA recognized her impact on recorded music with a plaque commemorating more than 100 million units sold worldwide – and in 2016 her No. 1 album Pure & Simple, which topped the Billboard Top Country Albums and Americana/Folk Albums charts and debuted at No. 1 in the U.S., Canada, U.K. and Australia, added to that massive tally. She has garnered eight Grammy Awards, including a 2017 win with Pentatonix for their collaboration on her iconic 1974 hit “Jolene”; 10 Country Music Association Awards, including Entertainer of the Year; five Academy of Country Music Awards, also including a nod for Entertainer of the Year; four People’s Choice Awards; and three American Music Awards. In 1999, Parton was inducted as a member of the coveted Country Music Hall of Fame. In 2008 Parton launched her return to touring on a global scale with Backwoods Barbie World Tour, the first of many sold-out arena tours, returning her to Billboard Boxscore’s Top 10 Country Tours of the Year. Her 2016 movie “Christmas Of Many Colors: Circle Of Love,” was nominated for an Emmy for Outstanding Television Movie. In 2017, Parton released her first children’s album, I Believe In You, on Dolly Records through her partnership with Sony Music Nashville; the project’s proceeds benefit The Dollywood Foundation’s Imagination Library, a non-profit that since 1996 has provided more than 100 million books to children from birth to five years of age in the United States, Canada, Australia and the UK. In 2018, Parton received her first two Emmy Awards as the organization recognized her lifetime of giving with the Governor’s Award and the award for Best Community Service Program lauding her 2016 telethon “Smoky Mountains Rise,” which raised more than $13 million for her My People fund, which provided financial assistance to victims of massive wildfires in Gatlinburg, Tenn. Parton is currently collaborating with producer Linda Perry on the soundtrack for the film Dumplin’ starring Jennifer Aniston and Danielle MacDonald with Parton as the executive producer. And Parton’s Dixie Pixie Productions is partnering with Warner Bros. Television to produce a series of television films to premiere on Netflix in 2019. Parton is poised for a busy year ahead, as NARAS announces that she will become the first Nashville-based artist honoured as Grammy MusiCares Person of the Year during Grammy Week 2019. Next year will also mark the 33rd anniversary season for Dollywood, her theme park in Pigeon Forge, Tenn., which since 1986 has hosted more than 2 million visitors annually.