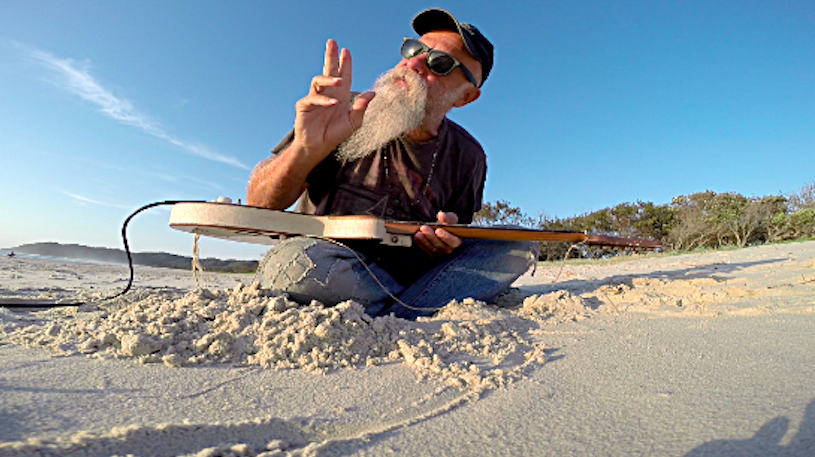 Can U Cook? is the title track of Seasick Steve’s forthcoming 9th studio album and is released as a debut single on August 15th on BMG.

Can U Cook? sees Steve serve up wise relationship advice with dirty guitars, big drums and a growling vocal in an infectious and electrifying Seasick Steve groove. Can U Cook? had its first UK play courtesy of Chris Evans on his Radio 2 Breakfast Show on August 14th, and is available now to stream and as an instant grat with an album pre-order.

Chatting to Evans from a truckstop on the Italian coast after driving overnight from a gig in Austria, (“I’m awake and I’m above ground!”) Steve said Can U Cook? “…was made on a one string washboard guitar that I hooked a banjo neck onto, an’ I hope you like it”.

The Can U Cook? album was produced and written by Steve and was mostly recorded in a converted ice house on the dock in Key West, Florida with his longtime drummer Dan Magnusson a.k.a. Crazy Dan (“the guy’s dangerous but he’s a nice fella, he’s just a little bit loopy”) and guitarist Luther Dickinson of The North Mississippi Allstars, and ex of The Black Crowes (“…the greatest living slide guitar player … he’s crazy too, he fits right in”).

Released on September 28th, the new album sees Steve mixing up all of his much-loved ingredients to deliver a fresh new record that’s full of sunshine as well as being a good ol’ Seasick mix of boogie, blues, rock, Americana and folk music.

Can U Cook? is available on CD, standard and limited edition clear vinyl, and all streaming and digital platforms, and physical pre-order is available now at www.seasicksteve.com.