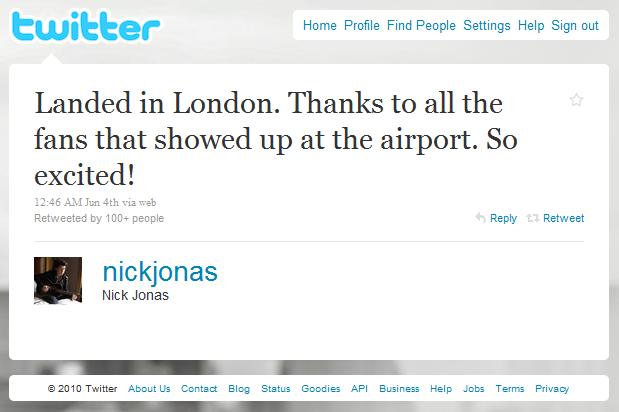 Rumours are circulating that, in a desperate bid for attention, Nick Jonas posted his UK flight details to Twitter.

However, fans are baffled, claiming that Nick posted no such thing.

The Sun claim that Nick tweeted the following: “”Are any of you guys gonna be waiting at Heathrow Terminal 1 for me to arrive?” followed by exact details of his airline, flight number and arrival time on Thursday.

There was one tweet that appeared to vanish from Nick’s Twitter page (@NickJonas) though, on the 4th June Nick posted: “Landed in London. Thanks to all the fans that showed up at the airport. So excited!”

The youngest Jonas Brother is currently in the UK for rehearsals. 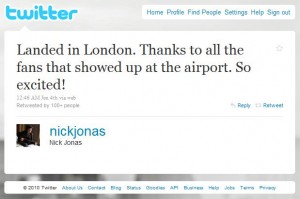