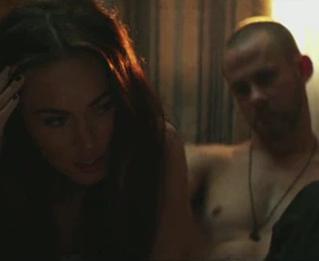 Eminem and Rihanna’s video for Love The Way You Lie has been launched online.

Speaking about the video, Dominic told MTV: “I think we tried as hard as we could to not glorify the violence, to try and explain that this was a relationship that is by no means ideal and a relationship that probably should have ended a lot sooner than it did,”