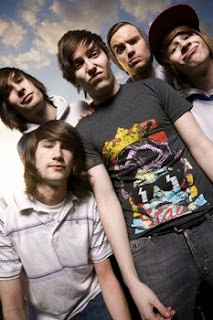 You Me At Six have announced the title of third studio album – Sinners Never Sleep.

Speaking to altpress.com, singer Josh Franceschi explained that the new album is “probably the most honest record we’ve done.”

“There’s stuff on there I never thought I’d write about,” Josh said. “It’s a very personal record, but I haven’t written or sung about anything that I’m not worried about people hearing. In that sense, it’s nice; it’s therapeutic.

“We’ve got songs that sound quite heavy and quite rocky, [and] then other songs that are just straight-up rock- and guitar-driven, and then we have some songs that sound like Coldplay and Mogwai and the latest Brand New stuff. It’s really strange, but it all makes sense.”

The album is due out on 3rd October.