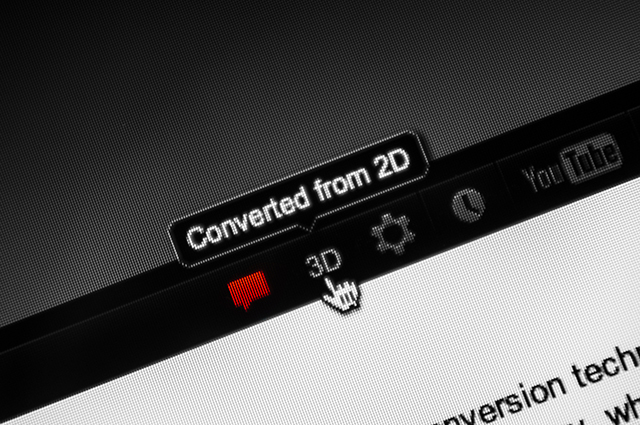 There are several things in life that you absolutely should not fake – we’ll leave those to your imagination – but one thing we do encourage is converting 2D films into 3D films through your 3D TVs. Here at Flecking Records, we’ve lovingly dubbed it Faux-D.

Obviously it isn’t as good as watching a proper 3D film or TV show, but it certainly adds depth and can make you feel more immersed in your favourite flicks.

One thing we did as soon as we got our 3D TV was put on Titanic to see just how good the conversion was. Our LG Cinema 3D TV did the job brilliantly, although if you’re wanting to see Titanic in 3D head down to your nearest cinema because we’re fairly sure James Cameron has done a much better job.

The MTV EMAs sadly weren’t broadcast in 3D, but that didn’t stop us watching it with added depth thanks to our TV – no prizes for guessing that we did this because we wanted the sexy Adam Lambert in our living room.

They say there’s no substitute for the real thing, but this in-TV conversion to 3D comes pretty close. It has got us thinking about which films and TV shows we’d love to see properly converted and rereleased though.

With films like The Green Hornet, Alice in Wonderland and Gulliver’s Travels not even being shot in 3D, but converted afterwards, and the likes of Titanic, Toy Story and Toy Story 2, The Lion King and Star Wars being released in 3D, we know that anything is possible.

Here are a 10 films/TV shows we want to see converted and rereleased.

The sci-fi flick starring the handsome Denzel Washington is one of our favourite films of all time. Visually stunning even in 2D, we think an extra dimension will really add to the film, making the scenes with big explosions and their hi-tech Snow White surveillance technology even more breathtaking.

Yes, more science fiction, only this time from the small screen.
The hit show boasts some wonderful sights to behold from the weird world of fringe science. If that’s not enough for you, four words: Joshua Jackson in 3D.

Our current 3D film starring Jim Carrey is Disney’s A Christmas Carol – this would all change if The Grinch was re-released in 3D. As beautiful as it is funny.

We love the 2000 flick about the Roman general (Russell Crowe) who becomes a gladiator. We orginally bought it on VHS, then DVD, then Blu-ray… what’s one more upgrade for 3D?

One of our favourite TV shows of the moment, The Walking Dead has just aired a second season, with a third in the works. Just imagine those gory zombie scenes in 3D! You’ll never sleep again.

An old one but a great one. We think the Hitchcock masterpiece starring Anthony Perkins as mamma’s boy Normal Bates would work well with some added depth, and it would only make them jumpy bits more jumpy.

Back to the Future

The Back to the Future trilogy is a classic. The original was released in 1985, but we never grow tired of watching Michael J. Fox and the gang – just imagine how cool it would look in 3D?

With its pretty colours, surreal scenery and epic song-and-dance scenes, the 2001 musical is a perfect candidate for 3D conversion.

Silence of the Lambs

You could say that Silence of the Lambs would be great in 3D because additional depth would really add to a lot of the scenes, but to be honest we just really want to see Buffalo Bill’s sexy Goodbye Horses dance in three dimensions.

Snakes On a Plane