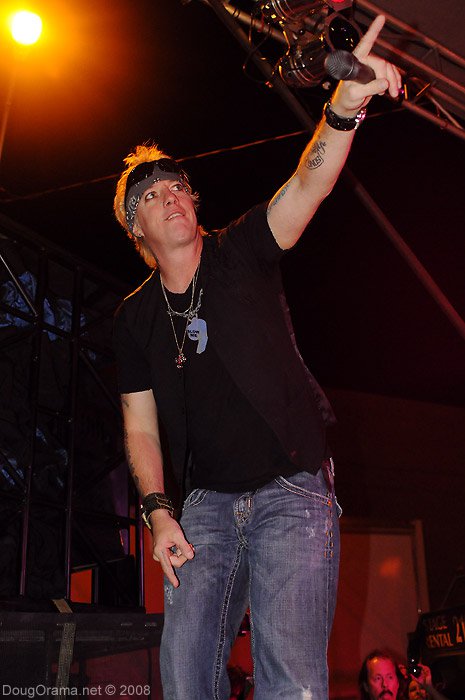 John Patrick Oswald was the baby of the family. Born into a family of three older sisters and one older brother, John was definitely a surprise to Bob and Eileen Oswald. Sixteen years younger than his eldest sister, a serious generation gap on so many levels existed between him and his siblings. His brother, Eric, was moved into the room with ‘baby brother’ at the back of the house, where John was subjected to repeat guitar chords, which is where he must have gotten the ‘beat’. This was only the beginning of the inspiration from his big brother.

By the age of three, John was handed every pot and pan in the house to accompany Eric as he played guitar. At age six, John received his first drum kit from his brother. There was no looking back. Eric loved the blues and The Beatles, and sisters Micki and Vicky became the harmony, with John keeping the beat. John stayed with the drums, which he absolutely loved. Between drums, music, sports and ‘playtime’ with friends, he never sat still – NEVER.

Older siblings had married or left for college, with the exception of Vicky, who was dating the singer of a local band called ‘POKERFACE’. John pleaded, even threatened all sorts of things if he wasn’t allowed to sit in with the band. His always supportive parents allowed him to sit in on a regular basis. His raw talent had emerged and stunned the band and the audience. He was quickly dubbed ‘Mitch Dynamite’. Mom, so thrilled for her son, made him a special performance shirt, which sported ‘Mitch’ and a stick of dynamite on the back. John was already rocking the stage at the mere age of eleven. Big brother Eric handing him his first guitar at 12; he was writing and recording his own songs after that.

High school time was spent on sports, theatre and music. The Oswald living room quickly became the practice site for the band(s) John would pull together. However, during the summer, they were forced outside to the garage. There, they provided the entire neighborhood with good old fashioned Rock and Roll until after 1 am each and every night. Yes, the cops came frequently…..they liked it LOUD! They gained a vast amount of respect and attention from a downtown Kent, Ohio college bar named ‘Filthy McNasty’s’ and played there often.

Forming the band ‘Cyren’ as drummer, he and the band definitely made themselves known in Ohio. Graduation came and went. Although his dad wanted him to attend college on a theatrical scholarship he had received, John’s mind was set on going out and making a name for himself. A giant argument ensued and John left for Florida that night. A decision to relocate to Florida in 1983 brought many opportunities that would forever change his life. He played drums again for the band ‘Dorian Gray’, and it was at this time ‘John’ became ‘Jani’. Why Jani? His grandparents were German and their pronunciation being Yay-nee and their spelling for Johnny was ‘Jani’, it was something that stuck with him. They toured all over Florida for almost three years, writing his own songs, while playing others music on stage. Aggravation drove them to an even more life changing move to Hollywood in 1985. They arrived with less than $20 and had to ask for a wire of money from home. Bob Oswald had suffered a stroke and John flew home expecting the worst, but his father lived another nine years and became his “biggest fan”, hence the song ‘Heaven’.

Jani returned to L.A. with ‘Heaven’ along with new friend guitarist Mikki Doll with whom he and Steven Chamberlin formed the band ‘Plain Jane’. They were opening for Guns and Roses at the time and getting a “pain in the ass” competition from Poison’s opening band who was Warrant. Having no other luck at gigs, John and the band were about to head back to Florida, when finding a note on their apartment door that night saying “We’re the guys from Warrant. Our singer and drummer just quit. If you can write songs, come down to DB sound rehearsal and let’s see what happens.”

So you can guess what happened? They did just that! Jani and Steve played ‘Down Boys’, ‘Heaven’ and ‘DRSFR’, with an immediate reaction of, ‘YOU’RE IN!’ Jani was told since he was the only blonde; he would have to be the lead singer. Although it was pretty much history in the making that night, Jani and Warrant had their share of trouble trying to get a record deal. It didn’t matter that they were the biggest draw on the ‘Strip’, they just could not get anyone to sign them and the move back to Florida idea was staring them in the face once again.

Unbeknownst to the band, two managers from two different eras were on a plane from NYC and were discussing their bands. By the end of the flight, Doc McGee (Motley Crue, Bon Jovi) had talked Tom Hullet (3 Dog Night, Beach Boys, Moody Blues) into snagging a band named Warrant who he referred to as a “hair metal band”. They were signed to CBS/Columbia Records a month later and on February 1, 1989 ‘Dirty Rotten Filthy Stinking Rich’ was released; that also happened to be Jani’s 25th birthday.

The Warrant storm had arrived. From 1989 to 2001, Warrant turned out eight studio albums, one being a live album, and all material written by Jani. March 1993, Jani left Warrant and rejoined in September 1994 to pump out their last four albums, only to leave again in 2004. Trying it once more in 2008, all the original members played together for the first time since 1993. They had a small tour that summer, however, later agreed to go their separate ways due to differences of opinions.

Jani continued with his solo career through 2007 with ‘Back Down To One’ and a cover of Def Leppard’s ‘Photograph’, featured on a tribute album ‘Leppardmania’. 2008 brought the ‘Saints of the Underground’ album, ‘Love the Sin, Hate the Sinner’. He also had two singles with ‘Liberty N Justice’, titled ‘Addiction’ in 2007 and ‘Sin’ in 2011.

Jani was always writing and recording in his studio, claiming it was his best friend. He was currently working on eight songs, planning a tour and had recently finished a taping of ‘That Metal Show’ before he left this world a year ago today. We not only lost a great musician, singer and songwriter, his family lost a son, a brother and mostly a father.

Now where do I end this? Such a long, sad and tough year has gone by since we lost Jani. I will say, I personally, cried for 4 days and nights. How can someone I’ve never met touch my life in such a manner? How do I explain a connection to a man that not only touched my heart and my life with his music, but also with his ‘just being’. There was always something in his eyes that spoke to me; told me he was human; he made mistakes; he deserved more than what he was given and what he was shown in his life and career.

Jani Lane (shared with Saints of the Underground)
*2008 Love the Sin, Hate the Sinner