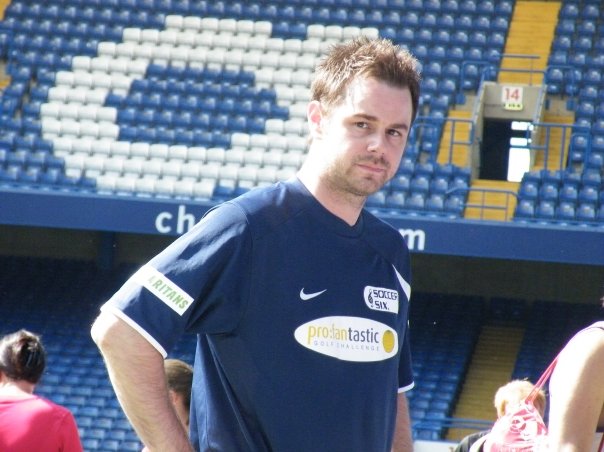 Danny Dyer will be starring in a late-night edition of Hollyoaks.

The sexy actor will be taking on the role of a gangster, known as The White Man.

The 35-year-old actor, best known for his roles in The Business and Human Traffic, will be involved in a dodgy deal between the scary Trevor Royale (Greg Wood) and Hollyoaks regular Tony Hutchinson (Nick Pickard). The deal is set to take a turn for the worst, which will see Finn (James Redmond) and brother Dom (John Pickard) get caught up in the world of high stakes poker, Russian roulette and kidnapping.

“I’m thrilled that we have brought together such an amazing cast for this year’s Later and with the addition of Danny Dyer, the adventures can really kick off,” producer Jane Steventon said of the cast.

Filming for the five-part series will take place in the summer and will be aired on E4 in the autumn. We can’t wait.