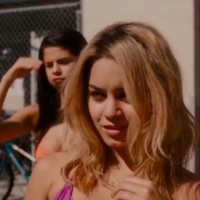 Vanessa Hudgens is still embarrassed about the naked photos of her that leaked online.

The snaps hit the net back in 2007 but Vanessa, now 24, is still embarrassed about it.

“Because whenever anybody asks me would I do nudity in a film, if I say that it’s something I’m not comfortable with, they say, ‘Bullsh*t, you’ve already done it.'”

Despite being a horrible ordeal, it helped Vanessa realise how strong she is.

“I knew there was a little fighter inside me,” the actress told The Ticket.

“There has to be if you’re in this business.”