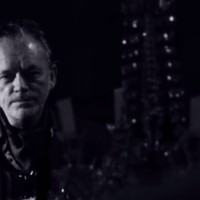 We’ve all seen arguments playing out in the comments on YouTube videos, but some very clever film-makers have found a way to bring these arguments to life.

The black and white film, complete with tense music, shows two very serious and dramatic older gentlemen acting out an argument between a One Direction fan and a Justin Bieber fan. The first commenter claims to have proof that 1D’s Harry Styles is gay, much to the annoyance of a second commenter who has a Bieber-inspired user name.