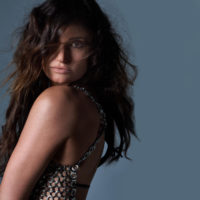 After releasing her fifth solo studio album idina. last autumn, Tony Award-winning superstar IDINA MENZEL announced today that she will return to the UK as part of her 50+ city global spring & summer tour.

The UK tour will begin in in Bristol on June 14th and head to London, Portsmouth, Manchester, Birmingham and finish up the UK leg in Glasgow on June 20th.

An artist, venue and promoter presale will begin at 9 am on February 1st. Tickets for the general public will go on sale Friday, February 3rd at 9 am local time. Please visit www.idinamenzel.com/tour www.livenation.co.uk and www.gigsandtours.com for all details.
.
Called “the Streisand of her generation” by The Denver Post, Idina has captivated audiences at sold-out concerts around the world with her irresistible charm, wit and unparalleled vocal prowess. Throughout the tour, Idina will lead audiences through a special journey of songs from idina., as well as other classic pop, musical theater favorites and her own personal catalogue.

Idina played the role of CC in the contemporary remake of the classic film Beaches, which will premiere in the UK on March 8th on Lifetime UK. Her voice is also featured on the Beaches EP, which includes classic songs from the 1988 original film, along with new tracks recorded specifically for the remake. The EP was released on January 13 by Warner Bros. Records and is available for purchase now at https://wbr.ec/wbmw.

Tickets go on general sale on Friday 3rd February at 9am from www.livenation.co.uk and www.gigsandtours.com