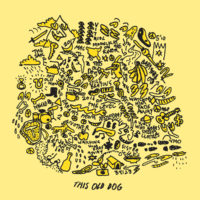 Sonically, Mac Demarco’s latest album is firmly within his comfort zone, never straying too far from his usual brand of dreamy jangle pop. Yet where This Old Dog stands out from the rest of his discography is Demarco’s lyricism, which is more personal than ever. His relationship with his estranged father bookends the album, from the opening track ‘My Old Man’, in which Demarco fears that he increasingly resembles his father, to ‘Watching Him Fade Away’ where he attempts to reconcile his ambivalence as his father’s health fails – a fitting closer to an album concerned with change, longing, and death.

Ultimately This Old Dog seems to be about lost time, like that stolen from the son of an absent father. As Demarco sings ‘no amount of tears / Could roll back all the years’ in the chorus of ‘Dreams from Yesterday’, he once again meditates upon that which is lost in the inevitable passage of time and whether it can ever be reclaimed. These themes are perhaps best explored in the penultimate song, ‘Moonlight on the River’, a sprawling seven-minute letter to his father in which Demarco, unable to ‘decide’ how to feel, can only conclude with any certainty: ‘everybody dies.’

This Old Dog is undeniably darker than Demarco’s previous work, but it also benefits from a newfound maturity that complements his personal and introspective lyrics to create one of his best and most interesting projects to date.