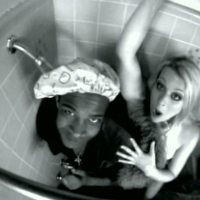 For someone purporting to be a music journalist, I actually have pretty shocking taste in music. Someone once said to me, ‘I like the way you like what you like’ which originally seemed like a complement – a high-five for being an individual and not following the flock – but the more I thought about it, the more I realised it was acknowledging that I was unashamed of my taste (or lack there of).

You know what? He was right. I am proud of my (let’s not say terrible, let’s say…) unique taste. My playlists are a good mixture of the good, the bad and the ugly, and there’s a hefty dose of noughties treasure that I’m pretty sure no one else listens to any more, so today I’m bringing you the ten tracks I still listen to, that I’m pretty sure you’ve done your best to forget over the past decade.

Good luck getting DJ Pied Piper’s ‘Do You Really Like It’ out of your head for the rest of the day – you’re welcome.

JC Chasez – All Day Long I Dream About Sex

Everyone remembers N*Sync, and the likes of Justin Timberlake are doing huge things now, but what about the other four? From broadway to Dancing With The Stars, the others have failed to be as successful as the frontman, but in 2004 JC Chasez brought us his solo track ‘All Day Long I Dream About Sex’ and I’m so glad that he did. Perhaps it’s a personal thing – the track was pretty much the soundtrack to my summer when I was 17 (which sounds bad, considering the premise) – but it’s just so damn catchy. That said, it failed to break the UK Top 40 at the time of its release. Keep in mind he’s a love machine…

‘Baby Cakes’ is one of those songs that is so bad, it’s actually good – great, in fact. ‘Baby Cakes’ was the only single to be released by UK garage trio, 3 of a Kind, and if I had a pound for every time I’d heard this song I’d have enough money to get a music taste transplant. This is largely down to the fact that one night in 2012, one of the music channels glitched-out and accidentally played the double-entendre-filled music video on a loop for several hours – all night long, in fact. Of course we watched.
‘Baby Cakes’ was released in the UK in 2001, and went straight to number one.

In 2002, Princess Superstar was being touted as the “female Eminem”, although I’m not sure she was entirely quite as successful as her fellowed blonde-haired rapper. ‘Bad Babysitter’ may have only reached the number 11 spot in the UK Top 40, but it stuck around in the charts for 7 weeks. Look, I’m not saying it’s lyrical genius, but in 2002 I was 15-years-old and babysitting was the only real career option for a girl of that age – we all wanted to be as badass as Princess Superstar. We may look back on it with raised eyebrows now, but the chorus is still as infectious as ever.

In the year 2000, German duo B.O.N released their single ‘Boys’ which charted all over Europe. The video sees Guy Gross and Claus Capek naked, working their way through a girl’s dormitory, being chased by nuns – who ultimately strip off too. I’m not entirely sure what the point of the video was, but the song was catchy as hell.

Triple 8 – Give Me A Reason

Triple 8 were one of my favourite boybands of the noughties. The hip-hop style band really stood out for me amidst a sea of Busted clones and your typical sitting-on-stools boybands that were still so popular at the time. The five-piece released two singles which both made the Top 10 in the UK, but ‘Give Me A Reason’ is easily my favourite.  It didn’t hurt that they were all very handsome, too.

City High – What Would You Do

Boys and girls, want to hear a true story? In 2001 City High’s ‘What Would You Do’ reached number 3 in the UK chart, but failing to hit the number one spot didn’t stop it being played everywhere, all the time. Unlike the other songs of a similar genre on this list, the trio didn’t smear ladies in cake or rap about hiding their boyfriend in the shower while babysitting, instead they used their platform to sing about the struggles single parents face – particularly young mums forced into prostitution to feed their kids. Deep. I’m sure the “motivational anthem” worked wonders for the cause.

Arguably the three hottest members of Blazin’ Squad (yes, you read that right) Kenzie, James and Mus (dats Kenzie, Flava and Strider if you’re only familiar with their Blazin’ names) broke off from the other 12,000 members of the ‘Squad and went it alone with Friday Hill in 2005. Their first single ‘Baby Goodbye’ reached number 5 in the charts, but it was their second single ‘One More Night Alone’ (which reached number 13) that was the better of the two – it was more pop and less, well, Blazin’ Squad.

VS released their first single, ‘Love You Like Mad’ in 2004. The R&B pop group was the brainchild of Blue’s Simon Webbe, and I actually met them around the time of their first release and despite being lovely people and their debut hitting the number 9 spot, not much happened with them after that. Oh, that is until I was watching the X Factor several years later and spotted Marvin from the band auditioning with a new band. I think they were called JLS or something like that, I wonder if they ever amounted to anything…

DJ Pied Piper & The MCs – Do You Really Like It

Everyone remembers ‘Do You Really Like It’ by DJ Pied Piper & The MCs. Whether the 2001 hit track annoyed you, or you embraced it and learned all the words (not that you can deliver them well, as hard as you still try) it’s one of those tunes that will be around forever. It’s the kind of song that gets played at “retro” themed club nights (yep, we’re old) and everyone goes nuts for it. Of course it went to number one, in fact, it’s sold an impressive half a million copies.

V came along with their traditional boyband charm right at the time we were craving an all singing, all dancing bunch of handsome dudes to balance out all the guitar-heavy punk-rock bands we were OD’ing on at the time. V made their debut along side McFly, supporting Busted on their arena tour in 2004, and I instantly adored them.  Their first single ‘Blood, Sweat and Tears’ reached number 6 in the charts,  but it was their second single ‘Hip To Hip’ the really stood out – bagging them a number 5. Any boyband willing to touch butts and blow each other kisses as part of their dance routines is OK by me.