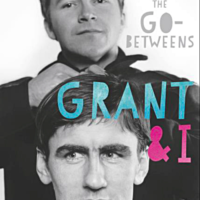 Robert Forster met Grant McLennan at the University of Queensland, Australia in the mid 1970s as two undergrads with a shared passion for music, film, poetry and pop culture, and a reputation for duelling sword fights across city traffic. After a bizarre audition and early rehearsals into a cassette player, they formed The Go-Betweens in 1978, and created a strand of Bohemian Pop Music full of literary allusions and local references that stood out amidst the exploding local punk rock scene at the time.

Over the next eleven years the band bloomed, to release a number of singles and six acclaimed albums on some of the best Indie labels of the decade – Postcard, Rough Trade, Sire and Beggars Banquet. The markers of mainstream success alluded The Go-Betweens; there were no stadium tours or top forty hits, despite a fine run of singles from ‘Cattle and Cane’ to ‘Streets Of Your Town’ via ‘Spring Rain’. Instead the band’s music was loved by a devoted audience that grew album to album, world tour to world tour, until the band broke up in late 1989.

Now, forty years after they first met and eleven years after Grant’s tragic passing, Robert Forster has written a deeply personal reflection and celebration of his friendship and collaboration with Grant McLennan. Covering the background stories to some of their most well known songs, their adventures in London, Glasgow, Europe, and the US, and dealing for the first time with the devastating personal consequences of the band’s break-up. Grant & I also chronicles both songwriters movements and work in the nineties, for them to restart The Go-Betweens in 2000. The group were to make three more albums, their last, ‘Oceans Apart’ branded an ‘instant classic’ by Mojo magazine in 2005. Beyond his time as a Go-Between, Robert documents the moments that flame his own anxieties and jubilations – from his failed university career and first love, to his Hepatitis C diagnosis, and starting a family with his German wife.

Brilliantly told with heart, humour and great reverence, Grant & I is an extraordinary portrait of an intense, creative and sometimes fraught friendship that represented a genuine meeting of artistic minds. Grant & I is wise and witty, poignant and insightful, self-deprecating and knowledgeable, proving Robert Forster to be as natural a storyteller and prose writer as he is a songwriter.