It’s back, many, many simmers wanted a Makin’ Magic re-make, and that’s what they got…
Kind of…
Rather than have a completely magic based pack (which, to be honest, wasn’t exactly my cup of tea) they given us the next best thing, an apartment based pack with magic, so, we are going you a quick peek at the magical side of the game… 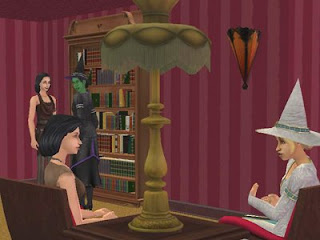 After finally figuring it out, we managed to turn our Sim into a witch we selected the ‘Good Witch’ path, and when you do become a witch you get a spell book and a cauldron, for making ingredients and witch-like objects.
Good witches get white objects where as bad witches get black objects. 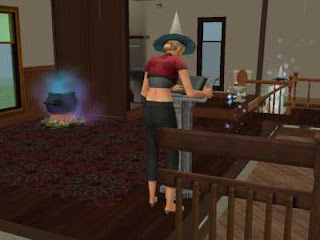 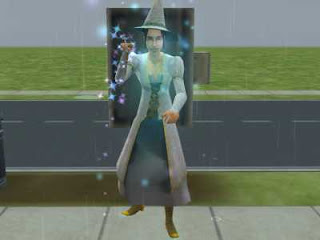 There are many different spells, be they good, bad or neutral, but you can do anything with these spells, from cleaning up all the puddles on a lot to making a Sim dance around like a chicken, the possibility’s are endless!

Witches get broomsticks to fly from lot to lot and they can use spells to teleport around, we got our to fly into the magic world (her husband went too, but had to walk), we arrived at a giant white castle, where one of the two high witches lived, the good one, and had a look around before returning home. 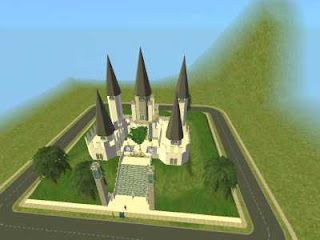 Depending on the type of spells you do, witches are either classed as good, bad or neutral, like say if a good witch did a bad spell then that witch would become sightly more evil, if they decide to continue using evil spells they will become worse and worse until they are a bad witch.

Oh, and don’t worry, men can be witches too!

Get The Sims 2 Apartment Life now!