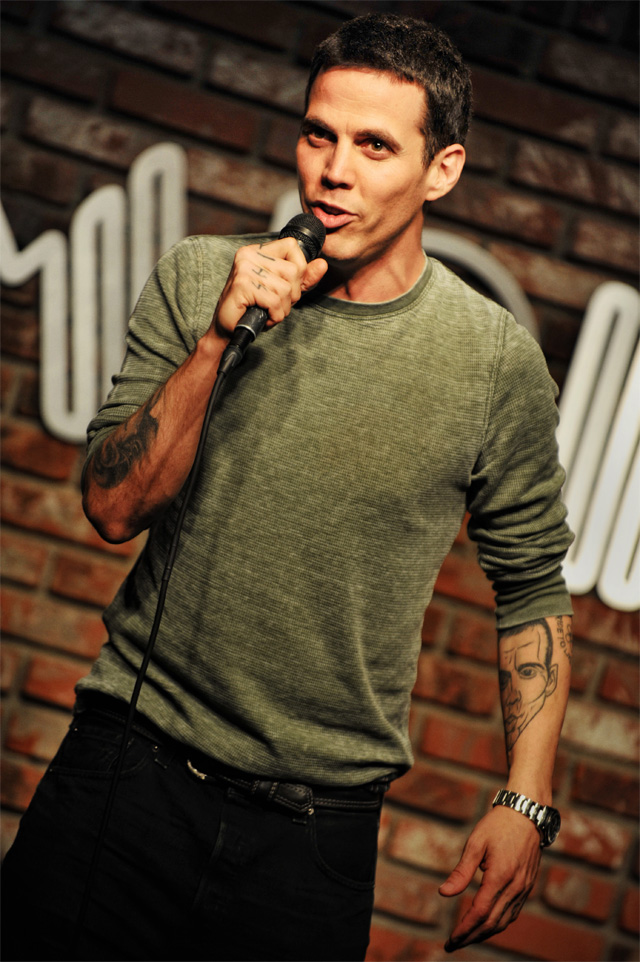 Crazy. Stupid. Insane. Hilarious. Talented. Legend. Now what the hell do all of these words have in common?! They are all frequently used to describe one of the worlds most popular and controversial stunt-man – Steve-O!

Famous for performing downright stupid yet enticingly entertaining stunts in front of the camera, Steve-O is certainly someone who could never be accused of leading a boring life. He’s just about to take up a three-date residency at the Edinburgh International Fringe Festival where he will reveal all about his life as a professional Jackass, as well as demoing a select few of his most famous stunts. We caught up with the man himself for a chat about the show.

So, you’re due to bring your stand-up show to Edinburgh for three dates as part of The Edge festival. Could you tell us a little bit more about it? What can we expect?
My show is part stand-up comedy, part stunts and tricks. It’s a hilarious account of the most outrageous experiences I have had as a professional jackass. Nothing is off-limits, and it gets considerably filthy, and I teach everyone a fool-proof method of getting drunk in bars for free.

Very ‘educational’ – we like your style! What made you initially try your hand at stand-up comedy? Is it something you have always been interested in?
Five years ago I was invited to a comedy club in Los Angeles to “do something crazy”. When I showed up it occurred to me that I couldn’t possibly do anything crazier than give stand-up comedy a legitimate effort – so I did. I got on stage and offered everyone blow jobs, among other things. They thought it was hysterical and I was immediately hooked, so I stuck with it.

Have you ever visited Edinburgh during the Fringe before?
Nope, this will pop my Fringe-cherry!

Are you going to be taking in any other shows whilst you’re here?
I would love to catch Tom Green, but I believe I arrive after his last show unfortunately.

You’ve always had a reputation for being very good to your fans. Any chance you’ll be hanging around to meet them after your performances?
Absolutely! I always stick around until I’ve met and shot a photo with every last fan who wants one.

Out of all the stunts you did whilst filming Jackass, which do you think was the craziest or most dangerous?
That’s a bit like asking what the fruitiest item in a fruit basket is, I’ll let you guys be the judge…

I guess stapling your scrotum to your leg has got to be up there as one of the worst! Talking of which, have you sustained many injuries from your work throughout the years?
Sure, but most of my injuries occurred during my free time.

For more info on shows and how to get tickets, click here.