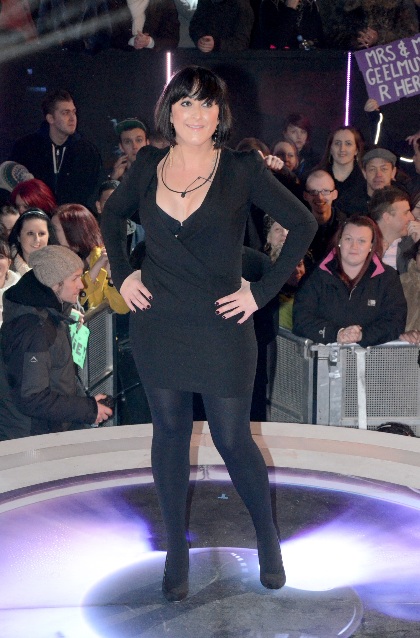 Day 16 in the Celebrity Big Brother House, and emotions are running high…

9:17am
Housemates wake up on the morning of the third eviction. Some of them are feeling the pressure. The Twins tell Denise that she growled in her sleep. After making tea, Denise returns to the bedroom. She tells Natalie that Michael is in a “weird mood.” In the kitchen Michael prepares breakfast while running commentary; “Watch Michael crack an egg. Today, Michael is one year older; he has aged one year during the night.”

10:47am
Kirk is getting vocal in the bathroom, singing the James Brown song I Feel Good. Gareth is working out in the gym. Michael and Nicola are in the kitchen. Michael says the Gareth works out “like a machine” and Nicola agrees. He says that not receiving a letter from home hit Gareth hard. “He’ll get the letter at some stage,” Michael speculates. Nicola tells him that it won’t happen as it’s not the way the show works. “Big Brother is hard core,” Michael quips.

2:19pm
Nicola and Natalie are in the kitchen talking about Denise. Nicola confesses to being “worried,” that Denise could have jeopardised her public image while in the house. Natalie agrees and says that Denise has a great job, and asks rhetorically: “Would I have done this if I had a Loose Women?” Gareth is in the diary room. Big Brother tells him that his letter from home has been retrieved from the bin and stuck together. As he received no nominations he will get the chance to receive his letter, but only if he completes a special task. Gareth must have a one-on-one chat with each housemate and throw in a special sporting quote.

Gareth completes the task ending in a group hug and the chorus of the Welsh anthem, Bread of Heaven.

4:45pm
Natalie and Kirk are in the garden. “It’s not about looks in this house, it’s about personality,” Natalie says while discussing The Twins.

Big Brother has gathered housemates on the sofas. Gareth is in the diary room but appears on the TV screen in the living area. Big Brother asks him about his task and Gareth confesses: “It was a task but it wasn’t, I meant every word I said.” Big Brother instructs him to open the envelope to the side of him and read out his letter. Gareth is emotional as he reads. In the living area, all of the housemates are also emotional. When he finishes his letter the housemates congregate at the diary room door. Gareth is shocked when he comes out and they all hug. Michael jumps on Gareth and wraps his legs round him in a bear hug.

5:36pm
Gareth’s secret task is the talk of the house. Michael is emotional in the garden. “That was really something,” he tells Natalie, referring to Gareth. “He’s the perfect human being,” Natalie muses. Michael says: “There are angel’s in life” that people are unaware of. “He’s golden man,” Michael adds. Michael tells her that he was “indecisive” about being on the show but changes his mind every day. “I will not be the same person, I’m not the same guy,” he ponders. Natalie kissed him on the forehead adding: “That’s an amazing statement.”

9:38pm
Housemates have been gathered on the sofa for the results of this week’s eviction. There are mixtures of boos and cheers from the crowd as Big Brother host Brian mentions each housemates. Kirk is the fourth celebrity to be evicted. Earlier in the diary room Kirk told Big Brother that he had “learned so much” about himself. “I’ve been flirting, cleaning, I’ve laughed, I’ve cried, there’s nothing left of me to give.”

10:11pm
Big Brother has gathered housemates on the sofa for the results of tonight’s second eviction. Natalie is the fifth housemate to leave the Big Brother house. Earlier in the diary room Natalie told Big Brother, “I’ve made some great friends, it’s been heaven and hell all rolled into one. It’s been a great learning curve, I’m honoured that you wanted me to be in the house,” she ends. Following Natalie’s shock departure some of the housemates reflect in the diary room. Romeo says that Natalie was his “little sister,” and says it was a “beautiful feeling hearing all the cheers,” Natalie received from the crowd. Frankie says that she was “One of the nicest girls I’ve ever met in my life.” In the living area The Twins are unsure why they were saved first despite the amount of boos they received, “everyone wants us out.” Nicola reminds them that names are announced in no particular order.

11:09pm
Kristina and Karissa are talking about their weight while studying their reflections in the kitchen. “Check out that pudge!” Karissa jokes while grabbing her tummy but decides that they still look “hot.” Frankie and Michael discuss tonight’s events. Michael says that Natalie’s eviction was “mind boggling,” more so than Kirks. “I’m not from here, I don’t know what the public think,” he adds. Frankie laughs while confessing his bad public images and says he should have gone. Michael is philosophical and tells Frankie, You’ve got the world in your hand, the tiger by the tail and you don’t know why.” Frankie grins.

Denise and Nicola are talking in the kitchen, trying to figure out Natalie’s departure. “She’s like me, you have to meet her before you like her,” Nicola adds. “We should get through this last week and not fall out with anyone,” advises Denise. Nicola asks Denise who she will nominate and Denise names Michael and The Twins. Nicola agrees that she would nominate Michael but says she will save The Twins over Romeo. Denise is worried that Nicola will distance herself from her in favour of Kristina and Karissa. Nicola jokes that she should “Stop being jealous.”

12:22am
Nicola is hanging out with The Twins. “Who would you nominate,” she asks, and they name Michael and Denise. Nicola then reveals her nominations and asks if their time in the house it better or worse without Georgia. They tell her that it’s better now as all three of them are “in clique.” “We’re all beautiful and around the same age,” they add. They tell Nicola that the first housemates they would call outside of the house would be her because she is “so cool, you’re an amazing person.” “I feel the same,” Nicola adds and says that it was a shame they never had the chance to get to know each other earlier.

Denise has been asleep for 45 minutes. Michael is in the bedroom unpacking, loudly. The Twins enter the bedroom chatting away and Denise asks them to keep their voices down. Karissa protests that Denise keeps then awake with her snoring and Michael backs her up. “If you slept on your side you wouldn’t snore,” Michael advises. Denise tells Michael that he is just as bad when it comes to snoring. “You do snore extremely loudly,” he retorts.

The Twins talk to Michael and discuss tonight’s evictions. They say it was their nomination that ended up getting Natalie and Kirk out, ‘Just one vote.’ They ask Michael who he would nominate next and he says Denise and Nicola. They agree that they will also nominate Denise.

Denise has come into the living room and quite emotional about her earlier exchange with Michael. She is adamant that he “chimed in” uninvited during their snoring debate and asks The Twins to verify. They claim not to remember. In the bedroom Karissa quickly relays Denise’s comments to Michael. He remains calm and explains that he was invited into the conversation.

02.13am
Back in the living room Denise is hysterical and heads into the garden crying. Frankie and Gareth try to comfort her as she rants: “I don’t understand it; how can Natalie and Kirk not be here and he is….how can the British public have possibly have voted for him, it’s so unfair!”

02:27am
Karissa tells Romeo that she and Kristina are going to vote for Michael and Denise. Romeo worries about everyone ganging up on Denise.