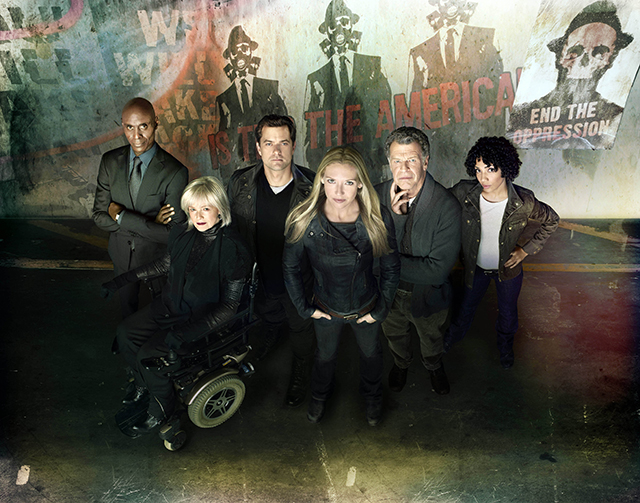 Now that a few weeks have passed since the final episode of Fringe, I finally feel strong enough to write about it without crying – well, without crying so much that I flood my keyboard.

*please note this article contains spoilers for the whole series*

Recognition indeed, but not even close to what this incredible show deserves.

And so, I have decided to appeal to the powers that be at The Emmy Awards – here are five reasons you should shower the show, the cast and the rest of the team in awards this year.

It isn’t simply sci-fi… it’s a drama too.

Fringe is a brilliantly clever show. Yes, it’s science fiction, and yes it’s brilliant, but that isn’t the only thing the show has going for it. The truth is that even without its fascinating cases, alternate universes and multiple futures, Fringe has drama. The show tackles all kinds of relationships and it does it well, whether it’s Olivia and Peter’s romance, or the sometimes heartbreaking situation with Walter and his son Peter, you’re watching something you can relate to in some way.

Fringe is so complex, but not in an irritating way. So much thought and detail has gone in to each episode, and often so subtly that you won’t even realise it. If it’s not the added fun of trying to spot the Observer in each episode, then it’s the clever glyphs that flash up through out the episode, each representing a letter, spelling out a word. Creators also like throwing in a clue about the next episode, which only adds to the intrigue. The show also boasts pretty awesome callbacks to previous episodes and cases – most notably in the finale, where we got to see Peter and Olivia unleash all the weird and wonderful things from the previous seasons as weapons, and – of course – the white tulip.

It has an incredible cast.

The acting in Fringe is simply incredible. Not only do the likes of Joshua Jackson, Anna Torv, Lance Reddick, Blair Brown, Jasika Nicole, Michael Cerveris, Seth Gabel and Kirk Acevedo all put in incredible performances as their characters throughout the series, but cast members frequently play more than one version of themselves. Seth Gabel very convincingly plays different versions of his character Lincoln Lee (one from each universe), making the two seem like entirely different people, and you’ve got to give credit to Anna Torv, who pulls off countless versions of her character Olivia Dunham – you’ve got Olivia, Fauxlivia from the other universe, Olivia believing she is Fauxlivia, Fauxlivia pretending to be Olivia, Bellivia (that’s Olivia channelling Leonard Nimoy), Olivia in 2026, new Olivia and new Fauxlivia. Wow.
I don’t think anyone will mind me saying that the star of the show is absolutely John Noble – the man deserves all the Emmys, even the ones he isn’t eligible for. Not only does he very convincingly play two versions of himself who are polar opposites, his portrayal of Walter is simply incredible. For all his flaws, you can’t help but love Walter, and his relationship with Peter is absolutely heartbreaking. John’s ability to make you laugh and cry at the same time is truly something.

The rest of the team make the show even better.

The acting is wonderful, but it’s the writing, the music and the visual effects that make the show truly special. The show, created by the fantastic J.J. Abrams, boasts a truly talented behind-the-scenes team, including show runner J.H. Wyman, Chris Tilton who created the beautiful and often haunting music and all the fantastic people who contributed towards the writing, casting, editing and special effects.

The finale was more than satisfying.

Thankfully, the Fringe team knew that season five was to be its last, which meant it had an actual ending. Unlike some shows, this ending was not only fantastic but satisfying for fans. The battle against the Observers was something that has been building up since season one, so it was fantastic to see it turn into something big – such a pay off for those who have watched since day one. However, it’s the acting and the writing that made the finale so wonderful. Never did I think I’d get so emotional at the sight of a cow (oh, Gene), but by the time I’d seen that tender exchange between Walter and Astrid, and that heartbreaking scene with Walter and Peter, I was in pieces, and just when I thought everyone was going to make it out of the situation safe and sound, the game was changed and my heart was truly broken. That final scene when we’re back in 2015 and Peter receives the white tulip from Walter, who has been replaced in time, makes for the fantastic ending that the show deserves. There’s something really clever and beautiful about the way Walter saves the world by taking Michael (the child Observer) to the future, and the way it mirrors how he broke the universes by brining Peter from the alternate universe as a boy.

The Fringe series finale aired on Sky 1 HD on Jan 19th. You can catch repeats of seasons 2 on Sky 2, daily between 1 and 2am.