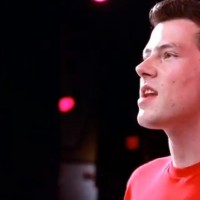 Cory Monteith has been found dead in a hotel room in Vancouver, Canada.

The 31-year-old actor, who played Finn Hudson in the hit show, was found dead on Saturday, police said. The cause of death was not immediately apparent, but police have ruled out foul play.

The star found mega fame when he first started in Glee, alongside girlfriend Lea Michele, back in 2009. Cory and Lea got together over a year ago.

Cory has always been open about his battle with drugs. He first sought treatment aged 19, but ended up back in rehab in April this year.

“Cory was an exceptional talent and an even more exceptional person,” said a statement by Fox. “He was a true joy to work with and we will all miss him tremendously.”