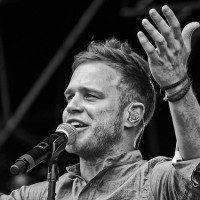 Olly Murs oozed charm at Party in the Park, Leeds this year.

The sexy singer is becoming a bit of a PITP regular – after dazzling the people of Leeds back in 2011 – and after another brilliant performance from the X Factor runner-up, we’re hoping he comes back soon.

Mr Murs was one of the lucky few who had nice weather during his set. Not only did he belt out his hits but he stuck around for a bit of audience participation with the host.

Olly had to fly back from Germany this morning just to play PITP. He was touring with Robbie Williams.