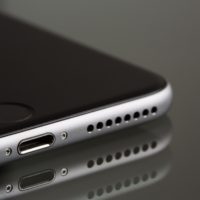 It’s that time of year again…

This week Apple will unveil its latest and greatest, and no matter when you read this one of the premier phones available in 2016/17 will have been unveiled and many of us will have a decision to make.

Less than a decade ago the iPhone (and the iPad, for that matter) were practically automatic picks for the phone and tablet of the year, and for a few years all that happened was that once a year we would marvel at Apple and Mr Jobs’ shiny Keynotes and hear about how Apple had beaten back all its competitors yet another year.

However, even a few months in the tech world can be a very long time. Now we have options, lots of options! No longer does Apple hold all the cards in the smartphone game. Whilst Apple’s brand and bank balance are as strong as ever, could their crown as an automatic upgrade choice be slipping away? There is evidence to suggest it already is. So why are people falling off the applecart?
Before we examine Apple’s challenges it has to be said, they have lots going for them. Apple has a brand loyalty especially in the West (insert picture of lines in front of Apple stores come September) that is the envy of most other tech companies. Games consoles aside, can anyone else generate enough hype to have crowds swarm on release day every year? The Apple marketing machine is a well oiled one but, regardless, they usually have something shiny, new and tempting to work with. Every year the iPhone gets more refined, more powerful and more Apple-y. But is that enough now?

Do the yays have it? The new iPhone will undoubtedly have a better camera than last year with more lenses than you can count on a hand and a number of pixels that seems like overkill, and for good measure they might even just double up on lenses this year which would give them even more opportunities to crank up the photo quality. Of course the new iPhone 7s mini, pro or whatever they call it will come with their latest and greatest operating system which many people love. Even after years of tweaking and continually adding features, Apples signature software is sleek and simple to use. We also shouldn’t forget another area where Apple prides itself; if you buy an iPhone it is more than likely to  survive and more importantly be useful right up until you’re due another upgrade (personal shatterproof testing aside) and it usually pulls this off looking pretty good in the process. If something does go wrong, Apple are ahead of most of the game with their support too. Although others, including Microsoft and Samsung, are adopting a similar approach, not many people would be able to tell you where the local Samsung store is… again, at least in the West. The fact you can walk into a high street shop and talk to someone who’s job title is officially a Genius – although sometimes misleading – shows the confidence Apple has in its customer service. And lots of people agree.

The Apple naysayers definitely don’t agree. In some ways Apple created it’s own competition, and therefore problem. The smartphone industry was never going to consist of one company on top forever and while Apple was the best at everything for a while that’s simply impossible to keep up. The success of Apple and the iPhone prompted other companies to focus on battles they thought they could win. As others caught up to Apple they found that to differentiate themselves in some way was the means to carve out a market of their own and a big thanks from many of these manufacturers should go to Google, with Android being the backbone they could build upon.

The end result in this tussle for our custom and our cash was that Apple started to lose a few battles. Looking around at the multitude of handsets now available, Apple isn’t the best at anything anymore. The new iPhone maybe the best yet, but it won’t have the best camera or the biggest memory or be the most waterproof phone that money can buy. It will be, however, one of the best all-rounders –  but you will pay the big bucks for the privilege, no matter your network, because iPhones cost a lot, like a serious amount of cash…

A quick check online and you can find the latest (pre 7 September 2016) mid range iPhone on a mid range 4G contract for £50/$70/€60, although you can go cheaper or more expensive. Given that we all always have a mobile phone now, we are talking some serious money – for this lowly guy we are talking about many years knocked off my mortgage if you keep adding up iPhone after iPhone.
Here’s where Apple might fall down. The 2015 top of the line iPhone still retails for nearly £800/$1000/€950 –  which is a lot. It’s bordering on four Nexus phones which are equally adept for day to day life. There is no physical/hardware feature of the iPhone that you can’t find for cheaper elsewhere – excluding the fruit logo, of course. We know that the number of Android phones being bought and used clearly surpasses Apple’s numbers –  well, the price of a handset is a big consideration, right? Then again, Apple has a battle on its hands at the premium end of the market too.

So what should we do? Well if you are an iPhone fan and you like what you have and want an upgrade them it’s simple: head for that Apple store and get yourself a new iPhone come Autumn time, because the next one will be a little better than the one you have in every way – probably.

If you’re a sceptic then the best idea is probably to wait. Give it a few months and shop around. If you were looking at the iPhone as a potential next phone then, sure, this one will probably be a good option. But if you can afford to bide your time this might afford you the chance to avoid any launch issues that might arise and those with even more patience could wait until Apple’s big birthday next year, which is reportedly when we might actually see the most significant design changes since the original launch.  (It’s been almost notorious news that Apple pulled some features from this year’s design. Whether that was to save them for next year or because of part shortages or manufacturing difficulties – who knows? But I doubt anything happens over in California by accident.)

For those looking at Apple and thinking ‘maybe this year?’, this probably isn’t the time to switch as there are a plethora of Android (and a few Windows 10) options available, and if you didn’t want an iPhone before, this year probably won’t change your mind.

Finally, for those people reading this who don’t know what they want: the world is your Oyster. But if you want a new phone my simple advice would be this: just take a little look around at your options before you buy. There are deals to be found and there is no reason why a phone a few months old might not be the one for you and, apart from the obvious fashion statement an iPhone can make, there are lots of other options.

If you read this and end up splashing out for the latest and greatest from Jony Ive’s lab, you probably won’t be disappointed.

Can we talk about the iPad now?