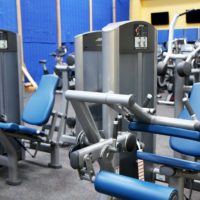 A playboy model has been charged over a photo she took of another woman in a gym changing room.

Los Angeles police have charged Dani Mathers over the “body-shaming” image, which she took of an older woman. The snap was taken of a naked 70-year-old in LA Fitness back in July – without her consent – and posted on social media.

If it’s not bad enough that Mathers took the photo in the first place, she uploaded to Snapchat with the caption: “If I can’t unsee this then you can’t either”.

The 29-year-old has since apologised, tweeting: ‘I’m sorry for what I did… I need to take some time to myself now to reflect on why I did this horrible thing.’

‘It mocks and stigmatizes its victims, tearing down self-respect and perpetuating the harmful idea that our unique physical appearances should be compared to air-brushed notions of ‘perfect.’ What really matters is our character and humanity.

‘While body-shaming, in itself, is not a crime, there are circumstances in which invading one’s privacy to accomplish it can be. And we shouldn’t tolerate that.’