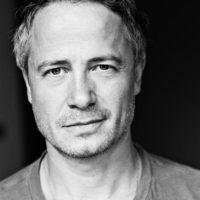 Actor Oliver Milburn, and Sky News TV presenter, Stephen Dixon, are the latest stars confirmed to be part of the Spirit of Christmas, a festive fundraiser, tomorrow, Wednesday 16 December, in aid of Muscular Dystrophy UK.

Currently starring alongside Liz Hurley in the second series of hit TV drama, The Royals, Oliver Milburn is set to take to the stage for the third consecutive year. It will be a nostalgic occasion for Milburn, who attended The Dragon School in Oxford, as their choir will also be performing traditional Christmas carols and festive favorites at the event.

Talking about his involvement in the event, Oliver Milburn said:

”I‘ve been part of the Spirit of Christmas for the last couple of years, and I can honestly say it is one of the best events to get in the festive mood.

“It’s always a pleasure to visit this beautiful city, which was my home for so many years. As a former Dragon School pupil, I’m looking forward to hearing the choir again.

“I’d encourage everyone to come along and show their support – events like this make an incredible difference to Muscular Dystrophy UK.”

Sky News presenter, Stephen Dixon, who currently anchors the channel’s Sunrise programme, is also lending his support at the event. Supporting Muscular Dystrophy UK since the beginning of the year, Stephen has been championing the charity’s campaign for Translarna, a drug to help boys, with life-limiting Duchenne muscular dystrophy, keep walking for longer.

Talking about the Spirit of Christmas, and his support for the charity, Stephen Dixon said:

“I am delighted to be part of the Spirit of Christmas. Over the course of the year, Muscular Dystrophy UK has become a cause very close to my heart.
“This is shaping up to be a really fun-filled evening, and I’ve heard tickets are selling fast, so get yours now.

“Muscular Dystrophy UK does fantastic work, here in Oxford, and all over the country. Money raised from the Spirit of Christmas will allow the charity to continue supporting thousands of people with muscle-wasting conditions.”

The University Church of St Mary the Virgin, will host the festive fundraiser, which hopes to see more than 300 locals filling the seats at the iconic venue, in the centre of Oxford.

“We are so pleased that Oliver Milburn and Stephen Dixon are joining us at the Spirit of Christmas. Oliver and Stephen have been friends of the charity for some time now, and their support makes an incredible difference to us.

“This event is the perfect way to start feeling Christmassy so get your tickets and let’s make this the best one yet.”

Prices start at just £15 each, and there are a limited number of Gold Star tickets available, which include entry to an exclusive post-concert reception, with the chance to meet celebrity readers.