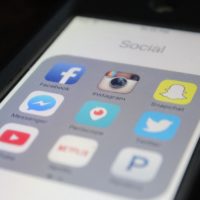 A recent update to popular photo sharing app Snapchat has caused some concern amongst parents – something that is only being made worse by the hysteria of those who don’t understand it.

Parents have been whipped up into a frenzy, panicking about how to disable this supposedly dangerous feature before something terrible happens, but it really isn’t the huge danger you think it is – so long as you educate your child.

First of all, it’s worth mentioning that Snapchat is only for users who are 13 and over. So you have to be a teenager before you can use it.

So, the simplest solution to the problem is to turn this off, enabling ghost mode. Snapchat isn’t forcing anyone to participate in the location sharing element of the map. You might be worrying because you don’t know how to do this, but guess who does know how? Your teenager.

Snapchat isn’t the first or only app to share your exact location. Facebook, Whatsapp and iMessage are others (to name just three) have been doing it for years. Again, you don’t have to use this feature. I’m sure many of you use these apps and don’t share your location.

Teenagers are smart – smarter if you educate them about the dangers of trusting people online.

Make sure your teenager is only interacting with people he/she knows online – generally, not just regarding location sharing.

Teenagers. are. smart. If you educate your teen about talking to strangers and they listen, then the problem is solved. If they want to deceive you, and continue to talk to potentially dangerous people they don’t know, then the app isn’t the problem. Remember, location sharing isn’t just a technological advancement. There is nothing to stop your teen typing a message saying: ‘I am here’  – old fashioned location sharing.

Features like being able to tell where a phone is isn’t just great if you lose your expensive phone, it can help to locate missing people too. You could use this technology to know where your child is at all times, without anyone else being able to see, if you’re that concerned. Like anything in this world, it’s how you use it, and how you educate people about it that makes all the difference.