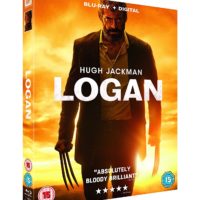 Unlike most superhero sequels this late into a series, Logan is not burdened by its franchise. Director James Mangold does not feel the need to constantly call back and forth to previous and future movies, an issue that plagues many movies in the genre. While viewers do not need more than a passing familiarity with the X-Men series, Mangold does not distance himself from the franchise either – in fact, Logan is one of the few cases where a comic book movie actually benefits by having an extended history (both in film and comic form) which colours and lends emotional weight to the film. A key strength of Logan is how backwards looking it is, carrying a deeply nostalgic and remorseful tone.

Logan also sets itself apart from the endless crop of comic book movies with its deliberate scale, swapping the usual fare of apocalypses and ensembles for more personal stakes and a smaller cast, consisting primarily of newcomer Dafne Keen, veteran Patrick Stewart, and, of course, Hugh Jackman. After nearly two decades of portraying the titular character, Jackman delivers his most complete performance as Logan. Perhaps the genre’s first character study, Logan is the portrait of a man who is worn down and haunted by a long, regretful history. A surprise villain that appears midway through the film offers an interesting contrast to Logan himself and allows a further exploraton of the themes of age and the vengeful return of the past.

Mangold and Jackman achieve with Logan a level of maturity and quality unprecedented in the genre. The film inevitably invites comparison with Christopher Nolan’s The Dark Knight, which similarly serves a high water mark for superhero films, as well as Unforgiven, Clint Eastwood’s great deconstruction of the western. While Logan may succumb slightly to superhero tropes in its final act, it is nonetheless an intelligent and sensitive film. Both an acknowledgement of and remedy to superhero fatigue, Hugh Jackman’s final outing as Wolverine proves to be not only the best film in the X-Men series, but also one the finest comic book adaptations to date.