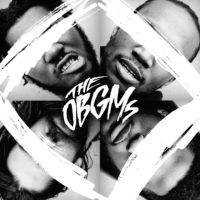 The second single to be revealed from The OBGMs’ forthcoming self-titled debut album is ‘Pill’, resplendent with vibrant video clip. Vocalist/guitarist and chief songwriter Densil McFarlane comments of its director “Ryan Enn Hughes has been the best in the game from time. He’s a true visionary who knows how to reflect chaos in a simple way.”

The OBGMs’ effervescent debut album will be released via Black Box on 8th September, following an appearance at Afropunk in London this July. The record was mixed by the incomparable Dave Schiffman (The Bronx, Pup, and more).

Originally emerging on the Toronto hip hop scene as a rap trio, The OBGMs turned their attentions to punk rock after songwriter / guitarist / vocalist Densil discovered the punk scene and began teaching himself guitar. He was determined to create a band that fused the lyrical creativity of his hip hop roots and the rowdy, raw energy of the punk rock underground. The resulting self-titled debut album is chaotic yet focused, with The OBGMs’ brand of punk rock exuberantly and inextricably married with a flow that’s unmistakably born from hip hop.