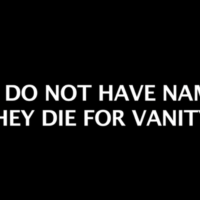 Joanna Lumley and Brian Blessed are backing a new campaign by Animal Defenders International to end the fur trade.

“A LIFETIME” is a new film launched today by Animal Defenders International (ADI) about the brutal short lives of two foxes, brothers Borys and Eryk, born and killed on a Polish fur farm. ADI placed hidden cameras on the farm to capture this rare insight into an industry that kills more than 100 million animals a year. Joanna Lumley and Brian Blessed are backing ADI’s campaign to end the fur trade.

Animal Defenders International President Jan Creamer said: “Over 100 million animals die for their fur every year. Our film shows the lives of these intelligent, feeling individuals and the cruelty they suffer when treated like a product. Just because they are not like us. Playful fox cubs Borys and Eryk, grow up in a small cage and die a terrifying and painful death for vanity and trinkets. This is the real cost of fur – when you buy fur, you buy cruelty, not beauty or luxury.”

Three arctic foxes are followed from birth on the Polish fur farm – ADI named them Borys, Eryk and Aleska. We see them nursed by their mother and Aleska taking her first halting steps as a tiny cub. Their world is a small wire cage. After a few weeks their mother is removed and we see the growing cubs explore their world and play together. As their coats change to the thick white fur that would protect them through the winter months, their days are numbered; their fur is a prized product.

At less than seven months of age, Borys and then Eryk are dragged from their cage. They have seen other foxes being killed outside their cage and there is nowhere to hide; desperate to avoid their fate, Borys, Eryk and Aleska try to run from the farmer. A terrified Aleska watches as her brothers are pulled from the cage by their tails, one at a time, hung up by a back leg, electrocuted and their bodies thrown on a cart to be skinned. Aleska is spared; she will breed next year’s foxes, her babies will be taken away from her and killed like her brothers.

Poland is the fourth largest producer of fox fur in the world – almost all is exported. ADI’s previous investigations of fur farms in Finland, the world’s largest producer of fox fur, have shown similar suffering and cruel deaths. The ADI team has also filmed inside farms in the United States and UK – the UK banned fur farming but remains a major dealer importing and exporting fur. The ADI findings reveal a cruel industry built on an image of beauty and luxury, desperately hiding the suffering of sensitive, intelligent, animals being farmed in filthy, intensive factory conditions or trapped for their fur.

Wild foxes are forced to live in small bare wire cages
Excrement falls through the cages and piles up beneath them
Animals farmed for their fur are denied their most natural behaviours, the chronic deprivation and extreme confinement causing both psychological and physical damage.
Babies are torn from their mothers at just a few weeks old
The stark, filthy fur farm—a far cry from the complex, enriched wild habitat they deserve—takes a toll on their mental and physical health
After only seven short months, baby foxes are dragged from cages by their tails, hung upside down and electrocuted in front of their families and other animals on the farm.
The animals are aware of what will happen to them and make desperate attempts to evade capture in the small cage and cling onto the mesh.
Animals not killed outright despite industry claims and are electrocuted a second time.
During ADI’s Polish investigation, one fox completely regained consciousness, ran away and found somewhere to hide. The fox was dragged from his hiding place and hug up again but desperately resisted the probe that he now knew, would kill him.

Worldwide every year over 110 million animals are killed on fur farms, with more than 16 million trapped in the wild for their fur. Over 15 million foxes are killed in a year, usually for trinkets, trims and accessories but up to 35 foxes can be used to make a fur coat.

Recently, products being sold as “fake” have been found to be real fur – perhaps unsurprising that an industry that treats animals as they do, would lie about it to fool the public into buying their cruel products.

Naturally shy and secretive animals, in the wild foxes have large territories, live in dens below ground in open country and eat a wide range of foods. Arctic foxes like Borys, Eryk and Aleska are nomadic, travelling many miles each day over the ice, enjoying the existence for which they evolved.

On the Polish farm ADI documented foxes with bent feet and overgrown claws, the result of a lifetime stood on a floor of wire mesh; individuals who suffered tail loss, caused by chewing due to stress; an animal with a weeping eye, swollen with pus, that was left untreated; young foxes attempting to play but restricted by the confines of their cage; animals chewing and pawing at their cages in a desire to escape and to express themselves in their natural digging behaviours.

Actress and long-time ADI supporter Joanna Lumley, said: “Be comfortable in your own skin, and not that of a poor defenceless animal caged and killed to provide it. Say no to fur and yes to helping these fashion victims. Please help ADI stop this brutal trade.”

Animal loving actor Brian Blessed, said: “Millions of wild animals live on factory farms, bred for the fashion industry. It’s time to kill the suffering, not the animal. Always choose faux and not real fur and support ADI’ in this campaign.”

Jan Creamer, who has filmed in multiple fur farms, said: “Small, barren cages denying wild animals anything natural are the norm for an industry responsible for the cruel and unnecessary killing of over 100 million animals every year for vanity. In the UK 74% of the public opposes the wearing of fur, so it is disappointing that 17 years after the banning of fur farms here, the country remains a hub for the import and export of fur products. We need a concerted effort to eliminate this trade worldwide and that includes people being on the look-out for real fur being sold as “fake”.”