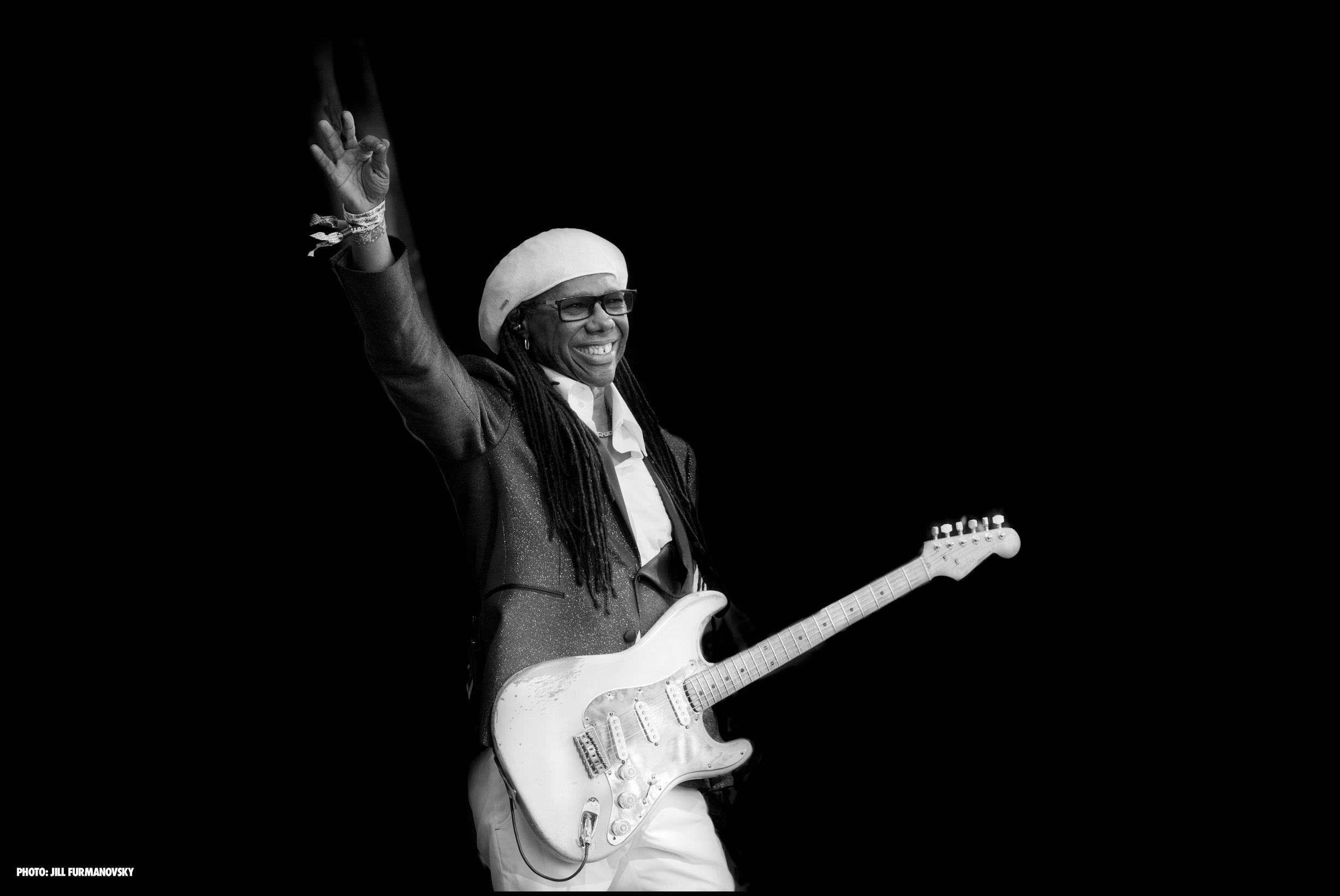 The legendary Nile Rodgers & CHIC have teamed up with Mura Masa, Cosha and Vic Mensa for the release of ‘Till The World Falls’, released today on Virgin EMI. The song is the first single to be taken from Nile Rodgers & CHIC’s new album It’s About Time, their first new album in 25 years.

‘Till The World Falls’, produced by Nile Rodgers and Mura Masa, as well as written by them alongside co-writers Anderson .Paak, anaïs, Vic Mensa, and Nao, takes Nile Rodgers & CHIC’s distinct funk and dance-infused sound and updates it for 2018 with crisp beats, stunning production and infectious melodies. Cosha delivers a cool and soulful vocal over Nile’s signature guitar playing, before Vic Mensa serves up an earwormy middle-eight. It’s a modern day interpretation and joyful celebration of the iconic musical language crafted by Nile Rodgers with his vast and influential discography. Watch Nile Rodgers & CHIC, Mura Masa and Cosha perform the song on Later…With Jools Holland.

Speaking about working on It’s About Time, the group’s first new album in 25 years, Nile Rodgers said: “I’ve had the great privilege of producing some of the most important artists in the world so when it came time to collaborating for my own record the barometer was shall we say pretty high.”

“We all grew up on CHIC! No matter who you are or where you’re from, they’re one of those bands that have sound tracked at least one part of your life,” co-writer Nao added. “We’ve had such great fun making records and playing together, it’s been a joy. I’m so glad they’re back, the world – especially right now – needs more CHIC!”