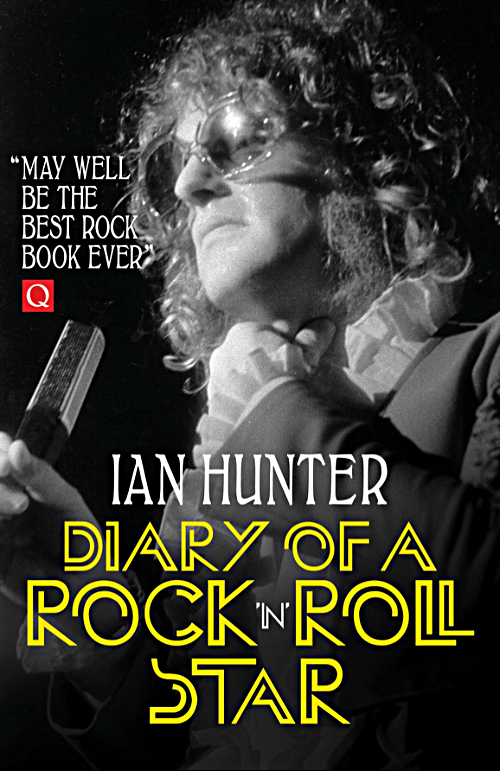 The original version of Ian Hunter’s Diary of a Rock `n’ Roll Star was a five week tour diary of Mott The Hoople’s US tour in November and December 1972. Published in June 1974, the book immediately received a litany of plaudits and went on to be declared a cult classic that set the gold standard for rock writing.

This updated version – published on September 27th by Omnibus Press – contains bonus content from Hunter in the form of a Japanese diary, a new 3 page foreword from diehard Mott fan Johnny Depp, exclusive new photos, and an introduction to writing the diary by official biographer Campbell Devine.

A brutally honest chronicle of touring life in the Seventies and a classic of the rock writing genre, in 1996 Q magazine declared Diary of a Rock ‘n’ Roll Star as ‘the best rock book ever’. The Guardian has since described it as ‘an enduring crystallization of the rock musician’s lot, and a quietly glorious period piece’.

This new version tells the story in all its glory once again to fans old and new.