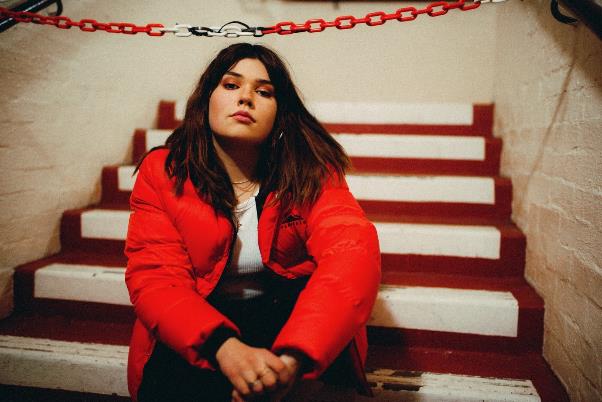 After sharing the bill with the likes of George Ezra, Tom Grennan and James Bay, playing Barn on the Farm, The Great Escape, 110 Above and smashing two sold out shows of her own this year alone, songstress Lily Moore announces her first ever UK headline tour!

This will include her biggest show to date at London’s Omeara on Tuesday 2nd October. Get a taste of what’s to come in the live version of 17, shot at Lily’s SOLD OUT show @ the Slaughtered Lamb in April. Watch HER

Lily Moore’s headline tour follows the release of stunning debut EP ‘Not That Special’, which you can listen to here. The EP perfectly showcases Moore’s unique neo-soul sound. ‘Not That Special’ is a gorgeous, city-trodden track about finding someone, while recent single ‘17’ is a laid back anthem for embracing your youth and being allowed to make your own mistakes. ‘Lying to yourself’ is a plaintive piano ballad, tinged with Gospel which asks an unknown partner for honesty, while ‘Come and See Inside my Mind’ is an intimate portrait of opening up to someone.

She’s already winning fans at radio with Annie Mac supporting ‘Not That Special’ upon release and Phil Taggart, Scott Mills, Adele Roberts and Greg James playing ‘17’ on Radio 1. Lily herself stopped by Casey Heyburn’s BBC Introducing South show for a chat and perform live in session, and both Zane Lowe and Elton John have been supporting her at Beats 1!

Born in London but raised in Brighton, Lily would keep an early taste for inner-city, soulful masters of their crafts like Etta James, Lauryn Hill and Sam Cooke. Meanwhile Lily’s own song writing has developed into a disarmingly stripped-back style that recalls the youthful wryness and thick-skinned power of a young Amy Winehouse or Lianne La Havas.