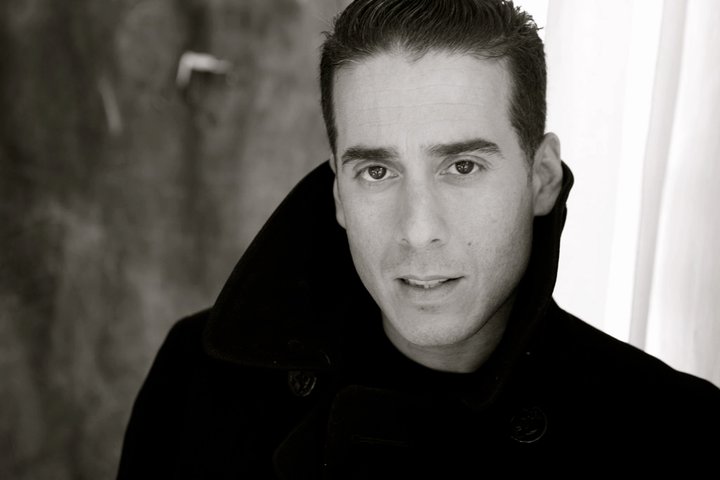 It’s Friday, a new season of Fringe has been confirmed – we should be on top of the world… and yet, something is missing. There’s a gap in our lives. An Agent Charlie Francis shaped gap.

We are, of course, talking about the wonderful Kirk Acevedo’s character in hit sci-fi show Fringe.

We make no secret of the fact that we absolutely adore Fringe here at Flecking Records. Barring a handful of things that made me snigger during my GCSEs, everything I know about science I have picked up from the show – you see, entertaining AND educational.

Ecstatic as I am to learn that Fringe has been renewed for a fifth and final season (13 more episodes, brining the show up to a total of 100), I’m going to make a very greedy demand to the powers that be: Bring back Agent Charlie Francis.

Here are five very different reasons why Season Five just won’t be the same without him.

Note: If you’re not totally up to date please cover your eyes to avoid any spoilers from previous seasons.

1. We need to know what happened to him!
To say we were heartbroken when our Charlie died back in early Season Two is an understatement, so when we learnt of the other universe and realised that Charlie lived on through his alternate self we jumped for joy. One of the many reasons we love Fringe is the way each cast member manages to convincingly play (at least) two different versions of themselves and Kirk is no exception. Charlie went from being in the thick of in in Season Three to his departure being briefly mentioned by (other) Lincoln Lee (Seth Gabel), who says that Charlie is on a beach sipping Mai-Tais with the bug lady. Beautiful as that is, that’s not enough for us. We want more.

2. Eye candy!
You’re all thinking it, I just happen to be shouting it from the rooftops.
I feel almost guilty typing this because Joshua Jackson is pretty much the love of my life, but us ladies (and a few gentlemen too) need Kirk back on our screens. Joshua is totally swoon-some as Peter Bishop, and Seth Gabel’s Lincoln Lee is insanely cute, but we need a big, buff, manly man and Kirk is the only man for the job.

3. Kirk Acevedo is a fantastic actor!
I’ve already mentioned my admiration for the Fringe cast members who have to play multiple versions of their character because, let’s face it, it’s not an easy thing to do. The alternate universe isn’t an everyday scenario, but you only have to think about the actors who play their own twins in films and TV shows to realise that pretty much no one can pull it off (think of Lindsay Lohan in The Parent Trap or even most Eddie Murphy flicks where he plays the entire cast and it just seems like Eddie Murphy in a variety of wigs). These actors are doing something special – convincingly playing multiple versions of the same person. Kirk played Charlie, then he played the horrible-bastard shapeshifter who killed Charlie and finally he played the Charlie in the alternate universe – all exceptionally well. More please.

4. He started, let him finish!
We first met Charlie Francis in Season One, Episode One – wonderfully titled Pilot. Charlie was an original member of the gang and (yes, we know it’s only a TV show) we formed a strong emotional bond with his lovable character. Tough when he needed to be but also a great friend and husband. We loved seeing a different side of Charlie in the episode Unleashed, in which we meet his wife Sonia (played by his real world wife and all-round lovely lady Kiersten Warren). After an emotional departure (we shed a tear or two) from Season Two, the fact Charlie was able to sort-of return later on delighted us. Ok, so he isn’t our original Charlie but he’s just as likeable and, most importantly, he’s alive!
Not just for Charlie, but for Kirk who helped to make the show a success – he saw the show in, it’s only right he helps it go out with a bang – he needs to come back, and for all 13 episodes if possible. Think of it as a sort of reunion, all the cool bands, films and TV shows are doing those.

5. For Lincoln Tyrone Lee!
And finally… allow us a soppy one, if you will. Another death we didn’t handle well was that of Lincoln Lee – the one from over there. We loved his cheeky charm, we loved the super-cool Fringe Division trio of Charlie, Lincoln and Fauxlivia (Anna Torv) but most of all we loved the bond between Lincoln and Fauxlivia – she’s so cut up about the death of her partner, you know who she needs in her life right now? Charlie Francis! We really think Charlie needs to come back and deal with the aftermath of other Lincoln’s passing, and help kick the arses of those responsible.

We’re excited and gutted (in equal measure) that Fringe will be coming to an end – we know when, but what we have no idea about is how. Whatever happens to the two universes, Peter, Lincoln, and all variations of Olivia and Walter Bishop (John Noble) – even if it all ends in a church – we believe Charlie Francis absolutely needs to be a part of it.