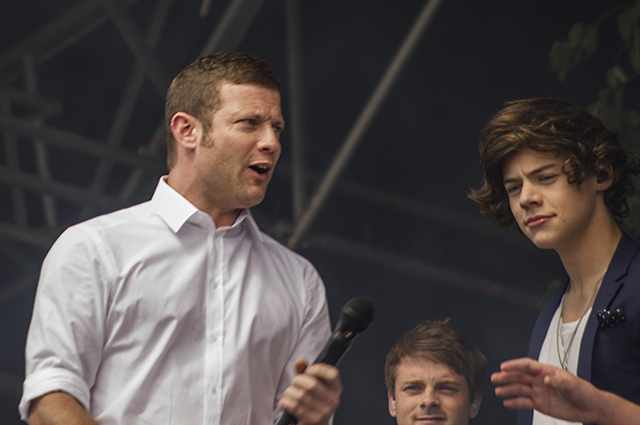 The sun wasn’t the only thing that came out for Party in the Park 2012 – Dermot O’Leary crashed the stage during One Direction’s set. 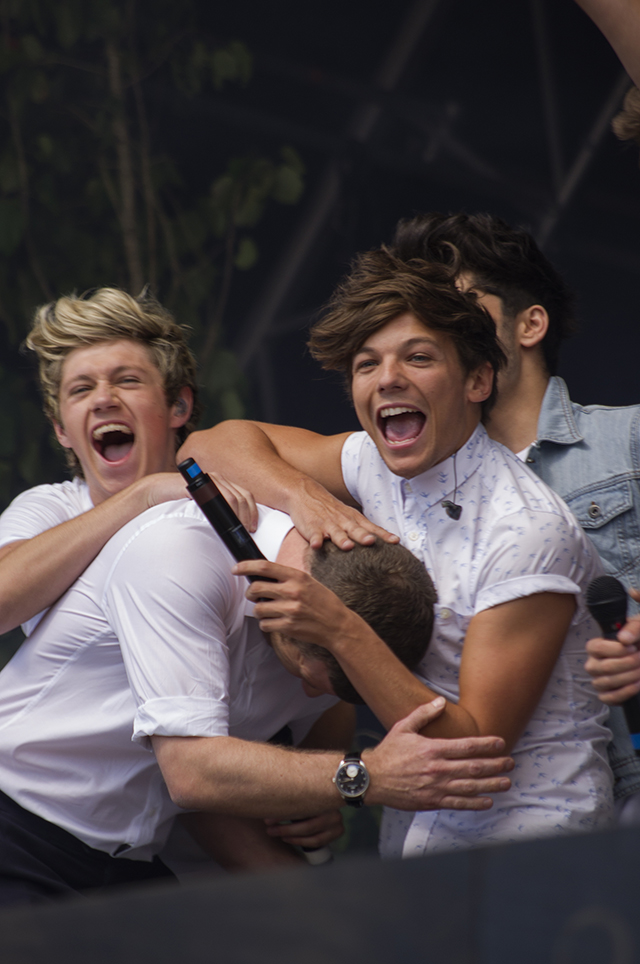 Harry Styles, Zayn Malik, Niall Horan, Liam Payne and Louis Tomlinson put on an awesome performance for the 70,000 strong crowd at the beautiful Temple Newsam in Leeds. Before they came on-stage we were teased with the announcement of a special guest who would be joining them.

Cue lots of chatter from the crowd, which soon turned to screams of pure joy when the boys bounced on stage.

So who was this special guest? Well, after opening the show with One Thing, the boys were joined on stage by none other than X Factor host Dermot O’Leary, who ran on-stage, chased by a camera, before running off again just as fast.

Was that the last we saw of the handsome Mr O’Leary? It sure wasn’t. He ran out again in between Up All Night and What Makes You Beautiful, and was briefly mobbed by the band before dashing off. 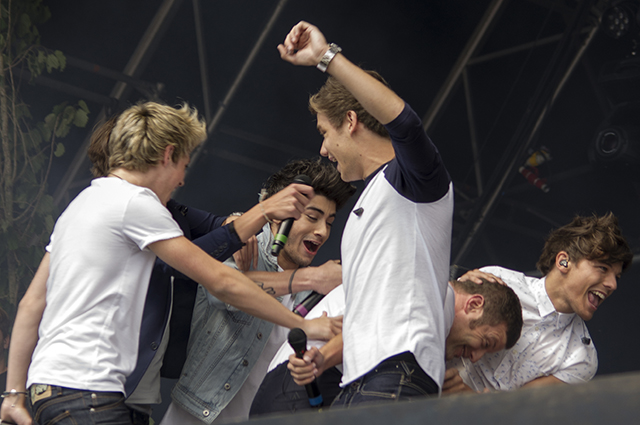 Why? We don’t know, it seemed really random but we’re certainly not complaining.

Want to see One Direction in 3D? Keep an eye on our site for our 3D coverage of PITP!