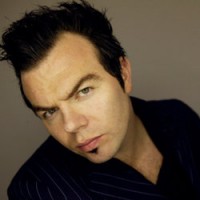 The 27 Club is show inspired by the many young musicians who have lived fast and died young, including Kurt Cobain, Jimmi Hendrix, Janis Joplin and Amy Winehouse.

Unlike previous stage adaptions of ‘The 27 Club’, Jack Lukeman’s 2013 Fringe show lacks any real narrative and instead plays out like a tribute concert held to pay homage to those lost to the infamous musical ‘curse’. That’s not a criticism, per se, as the band are incredibly talented and successfully manage to honour the wide range of musicians who died at the age of 27 (including lesser-known ‘members’ of the club such as Jesse Belvin and Pete de Freitas from Echo and the Bunnymen).

An intimate acoustic solo performance by Lukeman managed to showcase his incredible voice beautifully, but the inclusion of even a slight storyline would have made the show a lot more enjoyable overall.