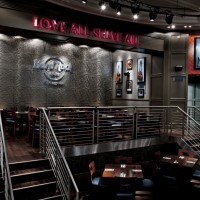 The Hard Rock Café in Glasgow, which opened its doors to the public in November, is set to officially celebrate its launch with a series of fun music master classes, exclusive gigs, money-can’t-buy competitions, parties and DJ sets.

In true rock star fashion, the festivities (being dubbed as The Scottish Music Weekend) will last for not one, not two but THREE whole days and are set to kick off on Friday 31st January with an afternoon performance from KT Tunstall and evening gig from We Were Promised Jet Packs. Not bad!

On Saturday 1st February, aspiring guitarists will be given the opportunity to learn some tricks of the trade by taking part in a guitar master class with Andy McKenzie and Jamie Keenan from The La Fontaines. Up-and-coming bands (including Bear Arms and The Holy Ghost) will then be given their chance to shine throughout the day whilst performing free gigs on the first floor of the restaurant before local heroes Kassidy perform a live set for competition winners.

On Sunday 2nd February, master classes will be held by famed music journalist Billy Sloan and Emu band before the grand opening party takes place. The event will feature live music from The Fratellis and the legendary Hard Rock Café guitar smash ritual (which is done to mark the opening of every Hard Rock café, casino and hotel worldwide). Although access to this event is by invitation only, the first 100 people to line up outside the café on Buchanan Street at 8pm on the day will be granted access.

To find out more, and to be in with a chance of winning tickets to see We Were Promised Jet Packs and Kassidy perform live, click here.