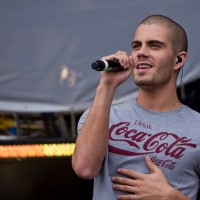 A report has claimed that Lindsay Lohan has listed her famous sexual conquests. Like, she’s literally taken a pen and made a numbered list of no less than 36 names.

If the list is to be believed, we’re seriously impressed (and a little jealous) at L-Lo’s pulling power.

The list – obtained by InTouch Magazine- was allegedly written by the actress during a night out with friends last year.

Some of the names are censored, but the ones that can be seen include: Wilmer Valderrama, Max George, Justin Timberlake, Heath Ledger, James Franco, Adam Levine, Colin Farrell, Zac Efron and James Franco.

If they’re the names we can see, just imagine the ones we can’t…